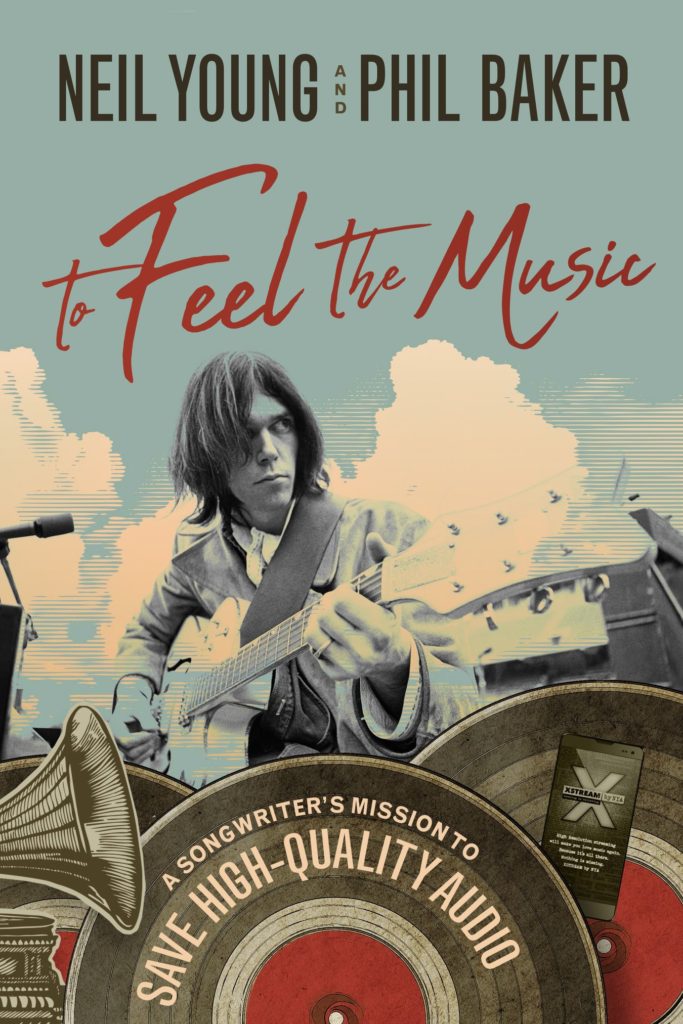 I’m pleased to announce To Feel the Music,  a new book I co-authored by Neil Young will be available on September 9, 2019. You can pre-order it here from Amazon.

To Feel the Music

Neil Young and I coauthored this story about Neil’s single most passionate pursuit: Bringing high-quality audio back to music lovers, who have been forced to settle for compressed, digital files that rob songs of their original warmth. It’s also the story of our efforts to design and market the Pono music player, a low cost product that delivers high quality audio at an affordable price. It’s a book that will find a receptive audience among music fans as well as business people and those interested in product development.

The book was heavily influenced by my friendship with Neil beginning in 2012 and my continuing work with him on many technology-based projects.  The other influence was a book I read early in my career, Soul of a New Machine by Tracy Kidder, the story of the development of one of the early computers.

It was a fun project that has taken about a year, and I’m excited for others to read it.

Below is an early announcement to the industry from the publisher, BenBella Books.

Neil Young took on the music industry and technology companies so that fans could hear his music—all music—the way it was meant to be heard.

Today, most of the music fans listen to is streamed via online services and highly compressed. It’s convenient, but, frustratingly, this comes at the cost of quality. Gone are the days when it was technologically necessary to compress music into the smallest possible file size, yet this remains the industry standard.

The result is music that is robbed of its original quality—muddy and flat in sound compared to the rich, warm sound artists hear in the studio. It doesn’t have to be this way, but the record and technology companies have incorrectly assumed that most listeners are satisfied with these low-quality tracks.

Neil Young is challenging the assault on audio quality—and working to free music lovers from the flat and lifeless status quo.

To Feel the Music is the true story of Neil’s quest to bring high-quality audio back to music lovers—which he considers the most important undertaking of his career. Inside, follow Neil as he discovers the step by step deterioration of recorded sound as analog is methodically replaced by digital CDs, MP3s, and low-price, low-quality streaming; gathers others committed to his goal of delivering music the way artists intend for it to sound; and eventually develops the Neil Young Archives, a high-res streaming site that gives users unprecedented access to all of Neil’s music—in the best quality their devices can handle—videos, photos, and more.

Neil’s efforts to bring quality audio to his fans garnered media attention when his Kickstarter campaign for his Pono player—a revolutionary music player that would combine the highest quality possible with the portability, simplicity and affordability modern listeners crave—became the third-most successful Kickstarter campaign in the website’s history. It had raised more than $6M in pledges in 40 days. Encouraged by the enthusiastic response, Neil still had a long road ahead, and his Pono music player would not have the commercial success he’d imagined. But he remained committed to his mission, and faced with the rise of streaming services that used even lower quality audio, he was determined to rise to the challenge.

But this is also a business story of what’s involved in starting a company from scratch as well as developing, manufacturing and marketing the product. It takes the reader through the ups and downs and difficulties in turning an idea into a reality. Reminiscent of the classic “Soul of a New Machine,” the book explains the formation and workings of a small team of engineers trying to build a product to literally save music.

An eye-opening read for all fans of Neil Young, fans of great music, as well as readers interesting in going behind the scenes of a startup company and the product development process, To Feel the Music has an inspiring story at its heart: One determined artist with a groundbreaking vision and the absolute refusal to give up, despite setbacks, naysayers, and skeptics.