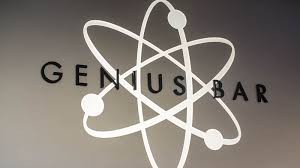 What’s going on at the Apple Genius Bars?

One of the best reasons for buying Apple products is the terrific service and support the company provides. That’s especially true with notebook computers. While they cost more than Windows machines, it’s worth the extra couple of hundred dollars for that support. No longer do you need to send in your computer for repairs and […] 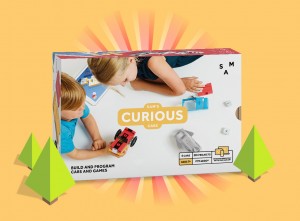 SAM Labs sent me one of their sets of wirelessly connecting blocks to try. The set consists of a several 1/2 inch square modules that are rechargeable and have Bluetooth built in, They are designed to be snapped onto a plastic chassis with 2 large wheels. Depending on how they are configured, the resulting vehicle can be remotely […]

Originally seen at Techpinions and Recode There’s fake news, fake science, and now, “fake tech.” Fake tech is a term that came to mind while reading about the augmented-reality startup Magic Leap. The company has raised $1.4 billion based on videos created to demo its technology. But new information has surfaced that indicates these videos were created using […]

Top dozen mistakes that show a lack of vision, poor product decisions, and a movement away from their leadership position with their products: (1)removal of headphone jack (2) focus on thinness to the detriment of battery life on iPhone and to the detriment of ports on the MacBookPro (3) removal of the MagSafe with charging […]

Kinta iPhone cases Made in Japan

Kinta cases look very much like generic silicon cases, but looks can be deceiving. These cases are soft and flexible, but are precision engineered, molded in Japan and appear flawless. The cases are translucent and available in a variety of colors. The back of the case has a slight convex shape that feel good in […]