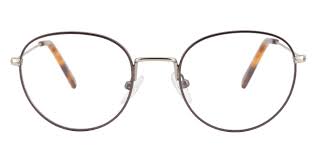 Are we being attacked by blue light? It seems to be the case with phones, computer and tablet makers now offering screen modes to reduce the amount of blue in the backlight we stare at for hours at a time. They explain that blue light can keep us awake and overstimulate us. But many of these devices turn an ugly yellow when you change the setting. That’s the reason I never bothered to turn this mode on. But I was curious as to whether there’s real science here at work or whether it’s just another effort to scare us. The blue light in question has a high frequency and short wavelengths bordering on the invisible UV light.

I recalled that when I was in college many years ago there was concern about studying under fluorescent lighting that could cause over-stimulus due to the intensity of certain wavelengths beyond the visible spectrum, and I do remember an improvement when I avoided them. So perhaps this is more of the same.

I did do some checking, and discovered that there is some truth to the blue light concern, as well. A study by Harvard University in May 2012 reported, “Although it is environmentally friendly, blue light can affect your sleep and potentially cause disease. Until the advent of artificial lighting, the sun was the major source of lighting, and people spent their evenings in (relative) darkness. Now, in much of the world, evenings are illuminated, and we take our easy access to all those lumens pretty much for granted.”

“But we may be paying a price for basking in all that light. At night, light throws the body’s biological clock—the circadian rhythm—out of whack. Sleep suffers. Worse, research shows that it may contribute to the causation of cancer, diabetes, heart disease, and obesity.”

But, I never liked turning my screens yellow, in spite of the research, so I looked for another solution and came across a company called Pixel Eyewear that provides glasses that claim to “filter out 50 percent of blue light and up to 95 percent at the strongest wavelengths, without the yellow tint.”  Their lenses contain coatings that reduce smudges, have anti-reflective coatings, and repel water and dust. The lenses were not available to me with my prescription, so I placed a pair with no power over my own glasses while I worked in front of my computer.

After a couple of months of use, they did seem to have a positive effect. The screen looks exactly the same with the glasses on or off – there is no yellow tint and the white is much the same- if anything perhaps a tiny bit less yellow. But my eyes now seem a little less tired and more restful, no matter how long I work in front of the screen. Of course, this is very hard to quantify, but it certainly can do no harm, and the science behind it makes a lot do sense.

I do now believe there is something real about blue light impinging on your comfort and perhaps more. If you want to do something to address this issue, consider these glasses rather than the settings on phones and computer screens. From my physics and optics background, the lenses are probably more effective to filter out harmful wavelengths than it is to change the emission characteristics of the backlight itself.

An attractive pair of these glasses cost about $75 with the special lenses.