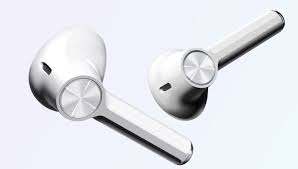 On September 11, the US Customs and Border Protection seized 2,000 Earbuds shipped from Hong Kong to Nevada. The earbuds are made by a well known Chinese company called OnePlus. The agency claimed they were actually counterfeit Apple AirPods. But they were in packaging identified as being a OnePlus product and they were of a different design than the Apple product. Nevertheless, the CBP bragged at how they were protecting Americans from dangers each and every day.

Many who read the CBP statement thought it must be a mistake, because counterfeit products usually look much the same and often use the name on the package and product of the company that they are counterfeiting, to cause confusion in the marketplace. In this case there was no attempt to cause confusion. But, no, the CBP continued to brag at how good a job they were doing to protect us from these nasty counterfeiters.

But, in reality, this is nonsense, because the products are not indistinguishable from each other.

In a report on The Verge, “The CBP spokesperson also tried to address the common response that many people have had to this incident: couldn’t their officers tell that the OnePlus Buds were a genuine product (and not a “counterfeit” posing as AirPods) just by looking at the box and branding? “CBP’s seizure of the earbuds in question is unrelated to the images or language on the box. A company does not have to put an ‘Apple’ wordmark or design on their products to violate these trademarks.”

“OnePlus will have many opportunities through the adjudication process to provide evidence that their product does not violate the relevant recorded trademarks,” according to the CBP spokesperson.”

OnePlus has so far made no comment on the seizure or the CBP statement, and Apple has not objected to the import of these products. In fact, there are dozens of brands of earpods that look more like Apple AirPods than the OnePlus. OnePlus has a full line of well-reviewed products that are carried by major retailers around the world.

But, as we’ve come to see, this administration has many officials that run their agencies with little competence and often do it illegally.  CBP is one example that has become a thug-like operation under Trump. It’s part of the DHS, lead by Chad Wolf, who, a judge ruled, was appointed illegally.

According to a CNN report, A federal judge in Maryland has ruled that Chad Wolf is likely unlawfully serving as acting secretary of the Department of Homeland Security and temporarily barred the Trump administration from enforcing new asylum restrictions on members of two immigration advocacy groups.

Judge Paula Xinis, in a 69-page ruling issued Friday, wrote that the two groups are “likely to demonstrate (former acting Homeland Security Secretary Kevin) McAleenan’s appointment was invalid under the agency’s applicable order of succession, and so he lacked the authority to amend the order of succession to ensure Wolf’s installation as Acting Secretary.”

And now a Department of Homeland Security official filed a whistle-blower complaint accusing Chad Wolf, the acting secretary of Homeland Security, of ordering him to suppress intelligence on Russian election interference and white supremacist violence, in part because it “made the president look bad.”

Wolf has made a name for himself as the person involved in a host of issues including the caging of immigrant children, civil unrest, the coronavirus pandemic response, interfering in the Russian investigation, preventing NY residents from getting a Global Entry Card, and deploying federal troops to Portland, contrary to wishes of the mayor. This incident fits his profile, as we continue to see more corruption and lawlessness by an agency that’s supposed to protect us, but is being used for political purposes.