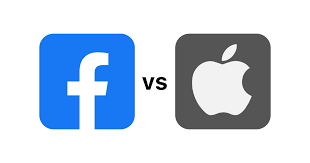 We are about to see some meaningful action against the incessant violation of our privacy by Facebook, data brokers, and others that collect and sell our personal information. Up to now, there have been no limitations to what they collect and what they share.

With its next software update for iPhones and iPads, iOS 14.5, Apple will require all apps to inform us what they want to collect and ask our permission to do so. By being asked, it’s most likely most will deny that permission.

Apple has been one the few tech companies to treat privacy as a benefit, although, it’s done little to prevent others from using Apple devices to track us.  In 2010 Steve Jobs stated that “Privacy means people know what they are signing up for in plain English,” at an All Things Digital conference that I attended. He originally proposed asking people if they wanted to be tracked. And in a controversial decision, Apple refused to create a backdoor to access its devices by law enforcement, arguing it would also be able to be used by others.

The current level of tracking keeps getting worse. At first we were told the apps only track us using an identifier to keep us anonymous. But now the amount of information these companies have about each one of us is nearly limitless. They know our name, where we live, what we buy, where we eat, where we go, who we associate with, what we charge, our doctors, driving habits, diet preferences, race, religion, party registration, our friends and relatives, date of birth, pets, hobbies, height, weight, and all of the devices we use. Now with one click we’ll be able to say, “No, I choose not to share any of this information.”

Apple will still rely on the app makers doing what we ask – they claim it’s not possible to test every app – so it will be important that Apple imposes severe penalties for any violation.

The biggest impact of this new policy will be to Facebook, who has grown by acquiring more of our private information than any company in the history of the world. Naturally, they are protesting the loudest, which I find quite entertaining. That’s because their entire business model is based upon aggressively collecting the personal information of billions of individuals without providing any significant benefits, beyond supplying us more more relevant ads, giving us a social chat platform and enabling connections between those with like interests.

Facebook claims that if Apple implements their policy, it could be an existential threat. They don’t want us to know what they do and are afraid if we know, then we’ll chose privacy. It might have been different if Facebook had been more forthcoming over the years and less dishonest. Just this week when it was revealed that 500 million people’s data taken from Facebook was now being sold on the dark web, the company dismissed it as old news.

The threat to Facebook could be existential, not only because of Apple’s new policy, but because Facebook is a one-product company that has never been able to innovate on its own beyond its single product. Instead it has acquired companies to get their innovations or shut them down, if they were a competitive threat.

Some can point to Google as being equally reliant on our data, but they at least provide us with services and products of much greater value, such as search, navigation, email, storage, and more. They’ve also become more forthcoming disclosing what and how they track us and more easily allowing us to opt out. They’ve not taken a position on Apple’s move, but it likely will lead to implementing something similar on their Android phones.

While we still need new privacy laws to be enacted, Apple is taking an important step that benefits its users, and is just good business sense. This issue comes down to something quite simple: Apple wants you to have the right to decide for yourself to share your private information, while Facebook doesn’t want you to have that choice.