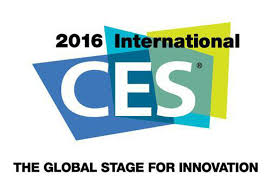 The Consumer Show is now underway and, while many are reporting on the exciting new products, I decided to focus on the Worst of CES just to be contrary. Actually, that’s probably an easier task since they are much easier to find. Each day I’ve added an item here on www.bakerontech.com . This entry summarizes what I’ve found so far. Check back for more once CES is over this weekend.

Candy Crush Scented iPhone Case – A pink plastic case for your iPhone with a smell of scented candy. Need I say more?

SensorWake  is an olfactory alarm-clock that allows you to wake up with your favorite morning smells.  SensorWake gently wakes you up in less than two minutes—with the power of smell. Users set the time they want to wake up and insert their choice of scent capsule, with options ranging from coffee, peach, seaside and even the smell of dollars. When it’s time to wake up, the device slowly releases fragrances until they are strong enough to wake you.

Kodak Super 8 Camera – Kodak (the company the bought the name of the defunct company) announced plans to launch a Super 8 cine camera using analogue and digital technology. The new camera, called cleverly “Kodak Super 8 Camera,” will record its movies on normal Super 8 film cartridges while using a digital LCD display as its viewfinder. Super 8 film was originally a low quality amateur product that can’t compare to the convenience or quality of today’s digital cameras. So why are they doing this? I guess just because they can. But this will be a real flop, and I’m not going out on much of a limb predicting this. Cost is expected to be between $400-$800. (Thanks Vikki for the tip!)

Office for the Automobile – Awarded jointly to Harman International and Microsoft.  Harman announced that it’s bringing Microsoft Office—including Word, Excel and PowerPoint—to your car. It will operate via voice-activation, using Microsoft’s Cortana, meaning you’ll be able to work on spreadsheets and file your taxes while driving.

“By ensuring that Office 365 services are seamlessly integrated with car and driver telematics and performance data, we will allow consumers to be more productive during their driving hours, while enjoying far greater convenience, safety and reliability,” says Peggy Johnson, executive vice president of business development at Microsoft.

The Grillbot is an automatic robot cleaner for the barbecue grill that takes it inspiration from the Roomba vacuum-cleaner robot. The battery operated device is designed to move around the grill surface and scrub the grate using its built-in revolving brushes. However, it doesn’t seem to come close to the cleaning that you can do with a simple conventional brush.

The Kill-@lert is a mousetrap that used Bluetooth to give you a status of whether a mouse has been trapped and killed.  The company points out that you can monitor the system and check the traps from anywhere in the world, and it will send you a text or email when the trap needs to be checked.T

Pavlok is a wrist band designed to shock you to break a bad habit. When you perform the bad habit, such as biting your nails or smoking, you are supposed to use the app to trigger the wrist band to create as mild electric shock, which in tern is supposed to cure you of the bad habit. No kidding folks; this is really a product.