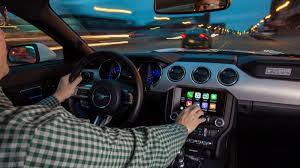 It will operate via voice-activation, using Microsoft’s Cortana, meaning you’ll be able to work on spreadsheets and file your taxes while driving.

“By ensuring that Office 365 services are seamlessly integrated with car and driver telematics and performance data, we will allow consumers to be more productive during their driving hours, while enjoying far greater convenience, safety and reliability,” says Peggy Johnson, executive vice president of business development at Microsoft.