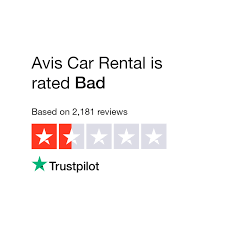 If there’s one element of the travel industry that has failed to realize it’s in the hospitality business, it’s the major rental car companies. We constantly hear horror stories, examples of gouging, and sometimes much worse. Still, when I read last year about Hertz having their customers arrested, I was astounded. From CNN,

47 Hertz customers have filed a lawsuit against the rental company that describes horror stories after they were allegedly falsely reported as having stolen its rental cars, and in some cases even jailed.

The plaintiffs allege being blind-sided by arrests — sometimes at gunpoint — and in some cases spending time in jail. Some plaintiffs describe losing their jobs in the fallout from the arrests.

The lawsuit alleges systematic flaws in Hertz’s reporting of thefts, including not recording rental extensions, falsely claiming customers haven’t paid, failing to track its own vehicle inventory and failing to correct false reports to police. The lawsuit was filed in Delaware Superior Court and comes on the heels of a court ruling that these cases could be pursued outside bankruptcy court. (Hertz had filed for bankruptcy in May 2020 before emerging in July 2021.)

But they’re not alone for treating their customers as their enemy. Last week Avis was in the news when a renter in New Jersey thought his car was stolen. It disappeared in the middle of the night from outside of the home he was visiting, so he filed a police report and alerted Avis. He thought he could help the police by asking Avis if they were able to track the car, but they said no, their cars are not trackable. He then had an idea. He was using his own toll transponder in the car, so he checked his toll charges and found the car had gone through tollgates that led back to the vicinity of the airport during the night. In addition, a security camera outside the house where he was staying recorded a tow truck picking up the car during the night.

The entire story is laid out here, including a blow by blow account by the renter in his Twitter feed.

In fact, Avis had tracked the whereabouts of his car and sent the tow truck to retrieve it and tow it back to their lot. Avis eventually apologized and couldn’t explain why they towed the car back from a renter nor why they said they couldn’t track their cars when they obviously are able to. A spokesman blamed it on an “administrative error.”

It just shows hows these companies are beneath contempt. They lie, coverup, and literally steal.

I have experienced similar contempt from Avis. Years ago I had been renting several times a month for my business travel amounting to $7000 per year. When I rented an Avis car in Kauai while on a family vacation, I was charged a cleaning fee of $350 a month after the return for excess sand in the front and rear of the car. At the time I googled “cleaning fees Avis Kauai” and found others thatexperienced the same issue and concluded it was a scam.

Add rental companies to the list of those we need to be very careful with. While we may have customer loyalty, they don’t show much in return.