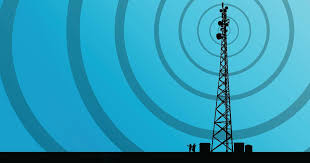 Which cellular carrier is best?

It used to be very dependent on where you live. Often you might be in a pocket where only one carrier could reach you. But increasingly as the carriers fill out their coverage, the differences are less dependent on the area of the country. In a new comprehensive report, Open Signal provides a thorough analysis and compares the four major carriers in nearly sixty cities. I’ve reproduced some of their results here, but you should read the full report to see the results in your location. Overall Verizon does the best and AT&T the worst, but that’s a simplification without reading further and understanding how they vary by area of the country and by the type of service being tested.

2019 will be a year of big change in the U.S. with the arrival of 5G and a host of new network investments supporting it. In this new cycle there are no certain winners, and everyone is jostling for an advantage. During this period of transition, however, we’re seeing one operator seize that advantage.

For the last several reports, OpenSignal has become accustomed to handing T-Mobile accolades as the operator has skyrocketed up our metric rankings. But Verizon has made a comeback in the last six months. Boosted speeds, extended LTE reach and improved video quality have sent Verizon to the top of most of our metric categories and has left Verizon and T-Mobile duking it out for our Download Speed Experience award. Make no mistake, T-Mobile isn’t down for the count. In every metric Verizon won, T-Mobile is a very close second in our analysis, and will likely contest each of Verizon’s current wins in our future U.S. reports.

In OpenSignal’s seventh in-depth look at the U.S. mobile industry, we found a country that has reached a high level of maturity in 4G — apt as operators are looking ahead this year to their first 5G networks. LTE access is at an all-time high and 3G connections continue to recede into the background. What’s more, the surge in 4G speeds we began tracking last summer has maintained its upward trajectory. The foundations that operators have been laying for 5G launches — such as improved backhaul or site densification — have also begun benefiting existing 4G services by reducing bottlenecks. In short, while the country is readying itself for 5G, 4G is only improving.

Verizon surges forward in our metrics

For the last two years T-Mobile has been the dominant operator for mobile network experience across our metrics, winning most of our speed and availability awards in OpenSignal’s last three reports. But we see a newly resurgent Verizon in our most recent test period. Verizon has either caught up to or surpassed T-Mobile in nearly every one of our primary metrics. Though Verizon had the upper hand in the most current iteration of our awards, we still see very close races in most categories. The battle between Verizon and T-Mobile is far from over.

In one of its most significant gains, Verizon reclaimed our 4G Availability award with a score of 94.2%. The last time Verizon was the undisputed winner in 4G Availability was in our February 2017 report. T-Mobile, however, was hot on Verizon’s heels in this category with only two-tenths of a percentage point separating their scores. Both operators now have 4G Availability scores of 94% or higher, an indication of superb LTE reach.

Though you can chalk up another win for Verizon in our Video Experience award, no operator in the U.S. scored above a Fair rating in this metric — the likely result of restrictions on video resolution placed by operators on most unlimited data plans.

AT&T is still the operator to beat in our Latency Experience metric. It was the only U.S. operator with average response times below 60 milliseconds across its 3G and 4G networks.

Any 4G Availability score above 90% is exceptional, and the high marks we saw on all four operators’ networks shows us just how far LTE services have permeated the U.S. AT&T and Sprint were both little more than a percentage point shy of crossing the 90% 4G Availability threshold, and both are on track to hit that milestone in the coming year. It’s very rare to see all of a country’s national operators score above 90% in 4G Availability. It would be an even more impressive feat for the U.S. mobile industry, considering the country’s enormous geographic size and topographic diversity.

OpenSignal’s new Video Experience metric measures the quality of mobile video streamed to devices, taking into account factors like video loading time, stalling during playback and the level of resolution supported. We calculate Video Experience on a 0-100 point scale, and every operator in the U.S. scored in the Fair range of ratings (40-55), which is typically indicative of longer load times and frequent stalling at all except the lowest resolutions.

There is another major factor at play in the U.S. mobile industry though. As unlimited data plans have gained prominence, the major operators have been introducing more restrictions on video resolutions supported on those plans. Operator policies that downgrade higher resolution streams to lower resolutions definitely have an impact on Video Experience because they lower the quality of video in a way consumers will notice, even on a small smartphone display.

While all four U.S. operators had overall Video Experience scores in the Fair range, there was a lot of variation within that range. Verizon rated highest — winning our award for the category — with a Video Experience score of 52.1, which is near the upper end of the Fair range. Meanwhile AT&T rated lowest with a score of 42.5, which was near the lower end of that range.

When we isolate video tests to 4G connections only, we find an improvement across the board in Video Experience scores, but none of those gains were big enough to move any operator past the Fair threshold into the Good range. When we look at 3G tests, we discover all four operators scored in the Poor range, which is to be expected given the limitations of 3G connections. But we also see a huge gap between the 3G Video Experience of CDMA operators Verizon and Sprint and GSM operators AT&T and T-Mobile, showing the relative strength of their HSPA+ networks in supporting higher video quality.

Though the first true 5G mobile network — one using 5G ‘new radio’ technology — has yet to launch, we find the U.S. mobile industry in a 4G renaissance as it waits for the next generation of mobile broadband to emerge. Download speeds are increasing on all four operators’ networks. Two years ago, not a single operator in the U.S. averaged connections greater than 15 Mbps across its 3G and 4G networks in our measurements. Now two operators, Verizon and T-Mobile, have pushed beyond the 20 Mbps mark in our Download Speed Experience metric, and AT&T is well past the 15-Mbps milestone. What’s more, we’re starting to see individual operators extend overall download speeds beyond 30 Mbps in several cities, which we’ll discuss further below. Those increasingly powerful connections show that investment in 4G capacity and speed is continuing, and many of these upgrades are likely a prelude to the investment in 5G network we’ll see in the coming year.

When we separate 4G and 3G connections in our supporting metrics table, we again see the power of HSPA+ versus CDMA networks. AT&T and T-Mobile’s 3G Download Speed scores were three-to-four times faster than Verizon and Sprint’s. But fast HSPA+ connections are producing diminishing returns for the country’s two GSM operators. LTE signals are so pervasive that consumers spend very little time connected to 3G networks. AT&T and T-Mobile’s faster 3G download measurements had little impact on their Download Speed Experience scores.

We had another close race in our Upload Speed Experience category, but Verizon emerged as the winner with an average overall upload speed of 7 Mbps. It was in our upload metrics, however, where we saw the biggest differences between operators. The fastest Upload Speed Experience score we measured was three times faster than the slowest, showing that upload connections can vary considerably in the U.S. depending on the operator.

While Sprint had the lowest Upload Speed Experience score, that may very well be by design. Sprint’s TD-LTE networks give it the flexibility to take upstream capacity and allocate it to downlink connections, which would allow it to boost average 4G download speeds by sacrificing upload speed. Sprint has been doing this kind of rebalancing for years, and it’s definitely illustrated in our metrics. Sprint’s 4G Download Speeds have steadily risen in our last few reports, while its 4G Upload Speeds have stayed flat.

An often overlooked metric, latency is a measure of a network’s response time, and it affects the mobile data experience in many subtle ways. The lower the latency score on a network, the better the experience on a host of mobile applications and services, from web browsing to voice-over-IP to real-time multiplayer gaming. AT&T took our Latency Experience award as the only operator in our analysis to average network response times below 60ms across its mobile broadband networks.

When we look at 4G Latency alone, we find that three of the four nationwide operators were below the 60ms milestone. That is definitely a sign of improvement in response times, but from a global perspective, U.S. operators fail to impress. In many other countries with fully developed 4G infrastructures, operators are pushing LTE latencies down to the 30ms level.

Winners aside, the individual results in many cities were impressive. In most markets, all four operators had 4G Availability scores over 90%, and in several cities, individual operators pushed the availability boundaries beyond 95%, showing just how high the level of LTE access in urban areas has become. The highest individual 4G Availability we measured was in one of the smallest markets in our analysis — Wichita, Kan. — where Verizon had an astounding score of 97.9%.