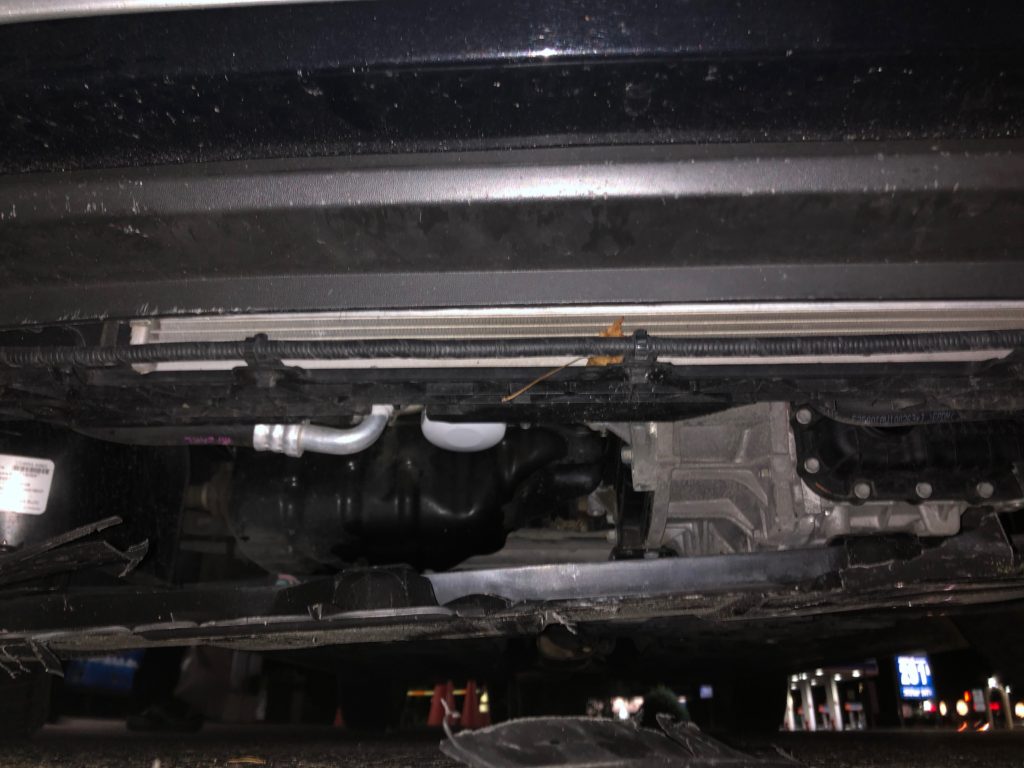 I’ve rented hundreds of cars over the years, mostly from the major companies, including Avis, Hertz and National, but my worst experience with a car failure occurred this week. I picked up a rental car from Avis at Boston Logan. I’m a preferred member, but got a better rate via Costco than directly with my discount code. When I saw the car, my instinct was to turn it down, but the line at Avis Preferred was long and I said to myself the car is not all that bad. Big mistake.

It was a Hyundai Elantra, not a bad car for a compact. But it looked old and had 32,000 miles on it, and its black finish had numerous scratches. It looked well beyond its mileage.

My rental cars from Avis recently seem to have gotten worse with higher mileage and more shabby in appearance.  But this car was the bare bones lowest level model they make. It had no electric key fob and actually required you to unlock the door to get inside to release the trunk release to open the trunk. There was no key or latch on the trunk.

My wife and I drove it to our timeshare rental on Cape Cod, putting on a about 150 miles from when we rented it. We then had to make a trip to visit friends in Boston, and on our return trip on a major highway, Rt 3, at about 9 pm, we felt a thumping coming from the car.  It sounded like a flat tire, but occasionally the car ran smoothly, and there was no pulling to the side. Luckily, we were approaching an exit in a fairly deserted area, still an hour from our hotel. We pulled off and managed to find a gas station a half mile from the exit ramp. I checked the four tires and they were all inflated, but when I looked under the front bumper, I saw a large swath of plastic sheeting hanging down from the car with part of it touching the pavement under the bumper. What had happened was the front part of this huge plastic part, perhaps 4 x 4 feet had become detached and was dragging along the road.

I called the Avis emergency number and was greeted with a serious of recordedings asking me to type in the rental car number from the key tag, It was impossible to read because the number laid under the edge of the plastic tag in such a way that the critical number was unreadable.  Eventually – in about 5 long minutes – they figured out that I wasn’t going to provide the number and an operator from Tennessee picked up. That was the first sign of hope, because Cindy showed some empathy and told me she would solve this problem one way or another.

She tried local Avis offices where I was and, of course, they were all closed. She said the best thing she could do was call the Logan Airport office and arrange for a tow truck to bring me another car. She thought it would take about 2 hours. When I asked if I could leave the car where I was, take a taxi or Lyft back to my hotel, she said she could get me a car the next day, but the fare would not be covered unless I took out the extended insurance. I decided to accept her offer of getting a replacement car to us that evening.

Sure enough we were called by the towing company and they kept in touch with us for the next three hours until the driver arrived with a replacement car. He had the wrong address initially, but finally arrived after a route correction. The tow truck driver/mechanic looked at our broken Hyundai and said this is a common problem. He’s seen many of them suffering the same fate as ours. What happens, he explained is the fasteners holding the panel in place, pop off with any heavy tap on the front bumper or the car going over a bump.

Overall all we were pleased to have gotten another car and the fact that Avis did do a decent job in rescuing us. But, what I learned was from now on not to accept a car with high mileage that shows a lot of wear. And while satisfied with the way Avis replaced the car, they should never have rented out a car in such condition. I have no idea how the rental charge will end up, but I’ll report back once I get it.

After I sent an email to Avis outlining my experience, they apologized and comped one day or $60 plus a $16 refueling charge that should never have been added.  But my confidence in their ability to maintain car reliability has been dramatically reduced after the experience with the Hyundai Elantra’s loss of it’s plastic shield. Searching has found this particular failure to be well documented and a not infrequent occurrence.