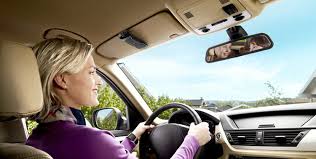 There are three cars in my family, A Toyota Highlander, a Chevy Volt, and a Mazda3. My wife, who drives the Highlander, and we use our respective iPhones (5 and 6) paired to our cars. What are the odds of each of phones suddenly experiencing problems connecting to the cars in the same week? Apparently pretty good when it comes to an iOS update.

That’s just what happened two weeks ago. My wife’s phone would not connect to her Highlander no matter what she did, including unpairing and repairing. My Volt and Mazda would occasionally connect with my iPhone 6, but often would not. And when it did connect, each car would sometimes play music randomly from my phone at the conclusion of the call.

Apparently, the cause is another update to iOS, going to 9.1 and 9.2. In doing some “research” (e.g. searching the web), there are numerous reports of similar issues being experienced on a wide variety of cars.

“The problem is undoubtedly on Apple’s end, as this occurs on my Jeep UConnect and Ford Sync systems as well.  Both worked fine prior to the 9.X update, and my work Android phone still works with no issues.  Ever since upgrading my iPhone 6 to 9.1 (and now 9.2.1), the phone will disconnect from the vehicle as soon as the “callee” picks up the phone on their end.  I can always reconnect using the phone, but the point of hands-free is to eliminate this distraction…”

This is not the first time an upgrade has caused problems with Bluetooth connectivity. Past upgrades prevented Plantronics Bluetooth headsets from working.

But these new issues are not just inconvenient; they can effect our safety. I discovered the failure to connect while driving; a call came in and went to my phone, not to the car. I chose to ignore it and pulled over and tried to connect to the car without success. Others might try answering while driving.

Because it’s safety related, wouldn’t it be more appropriate for Apple to change their normal policy of not commenting on software bugs?  Acknowledged the issue, tell us not to depend on our Bluetooth reliably connecting, and confirm that it’s working on a fix. When it comes to safety, secrecy is just not appropriate.