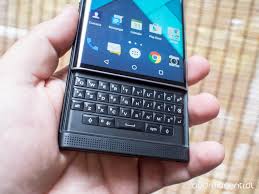 The 2016 Mobile World Congress (MWC), the mobile industry’s yearly show in Barcelona, just concluded. That’s where manufacturers – all but Apple – rolled out their new phones. And based on what was shown, there are few reasons to upgrade. Smartphones have approached a level where, with few exceptions, improvements are modest and provide few new benefits or features beyond what’s been available.  Just a little more of this or a slightly faster that. While that’s bad for the manufacturers, that’s good for us.

At the MWC, all eyes were on Samsung, the largest maker of Android phones. They introduced their new Galaxy S7 ($669) with a better camera compared to what’s already an excellent one, and a slightly longer lasting battery. Appearance wise, the phone looks much the same as it has for the past few years.

LG, Samsung’s Korean competitor, showed their new G5 Android phone (est. $600) with an innovative design in which you can snap replaceable modules into the bottom to provide such enhancements as upgraded audio, a better camera, and more memory.

BlackBerry touted their recently introduced Priv phone. It’s their best phone ever with a slide out keyboard, a large display, running Android OS that provides access to the millions of apps for the first time on a BlackBerry.

I’ve been testing a Priv, on loan from AT&T, for over a month and like it a lot. While the keyboard is not quite as good as earlier BlackBerry’s – it has fewer keys –  it sure beats using the on-screen keyboards. Call quality was great, battery life was more than a day, and the phone was well constructed.  While the camera didn’t quite match those on the Samsung S6 and the iPhone, if you’re a die-hard BlackBerry fan this is the phone you’ve been waiting for. For years.

While makers are trying to entice us to upgrade our phones, the initial cost is high, in spite of tempting new lease plans. Phones now cost as much as many computers and 50-inch TVs!

Now that the cellular companies have separated their calling/data plans from equipment costs, subsidies for buying a new phone are gone. Most new premium phones cost $600-$700, or $25-$30 per month for two years on a carrier’s installment plan.

While some companies, such as Apple, offer a new phone every year for about $30 per month, you need to turn in your old phone each year, so your payments never end. The simple truth is it’s less expensive to buy your phone and to keep it for at least two years.

If you’re looking for a bargain, consider buying the Android phones from Huwei or Xiaomei, the top sellers in China. They’re available, not from the cellular providers, but from their on-line stores, for about $300. They compare very favorably with the phones from Samsung.

Should you decide to get an iPhone, my advice is to purchase Apple’s unlocked multi-carrier version, available directly from Apple, rather a locked version tied to a specific carrier. They work with any carrier, so you’ll be able to still use it if you decide to change to another provider. And it costs the same as a carrier’s locked version. If you already have a carrier specific iPhone 6 or newer, it will also work on other carriers once your carrier unlocks it.

When it comes to your carrier’s calling plans, there’s good news. The FCC’s blockage of ATT’s acquisition of T-Mobile, has turned T-Mobile into a powerhouse that has since been on a tear, thanks to their charismatic CEO, John Legere.  The other carriers hate them!

T-Mobile was the first to decouple the phone equipment charges from your monthly bill, ended contracts, and cut the cost of using your phone outside of the U.S.  No more $2/minute calls when out of the country; calls are just 20 cents/minute and data is free. Mexico and Canada are treated just like the U.S., instead of special daily fees imposed by the other carriers. Best of all, they’ve improved their coverage, and they are now competitive with the other carriers.

(We’re seeing some response from the other carriers, albeit they’re still lagging behind T-Mobile. For example, AT&T has their “Mexico Roaming Bonus” available with certain plans that provides unlimited texting from Mexico to anywhere in the world and unlimited talk within Mexico and from Mexico to the U.S.. It also includes 1GB of data to use while in the country.)

If you plan to hold onto your phones longer, consider buying a rugged case and taking out some insurance. The best cases for protection against drops and water are those from Lifeproof. The company has a reported 30% share of all iPhone cases because they work so well.

When it comes to insurance, be wary of the policies from Asurion, offered by the carriers. At a cost of $7-$10 per month, they have a huge deductible of close to $200 and replace the phone with a used one, often in poor condition. The company is also difficult to deal, based on personal experience, and as noted in thousands of on-line complaints. You’re better off using warranties from Square Trade, available for all phones or AppleCare Plus for iPhones, which each cost about half.