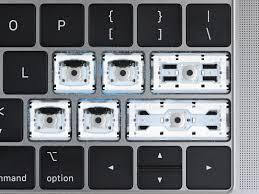 After decades of work as a design engineer I find it intriguing to analyze new products and imagine the thinking that went into creating them. What was the goal? Was it durability, appearance or something else?

Having been through the development process hundreds of time, that experience often provides some useful insight. Sometimes a product evolves based on mainly function where it results in a less-attractive design, but one more reliable, repairable and long-lasting. That’s identified by use of more durable material, thicker walls, replaceable components, and perhaps ruggedized switches and hinges. Other product designs are motivated by appearance or industrial design (ID) where function and repairability might be traded for appearance.

Unfortunately, the latter approach has been exemplified my a number of recent products from Apple.  While I was not imbedded in any of the design teams, I do have a strong sense of what must have occurred. And having worked at Apple with one of the key design chiefs still there, I have seen this thinking up front and up close, albeit decades ago. It’s a focus on exceptional industrial design and appearance, often at the expense of durability, repairability and manufacturability. That’s the inevitable outcome when a company’s leadership is driven by ID more than engineering.

Over the years, Apple’s notebook line of MacBooks have transitioned from models that could be opened for repair, parts replaced, and memory added, to designs that are thinner and with parts that are glued together for rigidity and are unable to be repaired without replacing major portions of the product. In fact, MacBook’s latest models are rated at just one on a ten-point scale of repairability from the teardown site, iFixit, where one is the worst.

The benefits to being able to make a thinner and lighter products are designs that are visually appealing and easier to carry. But the negatives make them more difficult to recycle because the different materials cannot be separated, and the need to replace your product sooner. It’s now evident (to perhaps all but Apple), that this design approach has gone too far, as their products become less reliable and have more serious functional compromises.

This thin is best strategy began when Apple eliminated user-replaceable batteries to save the bulk and cost of the battery enclosures and the removable battery covers. They continued to make the batteries even thinner and reduced the time between charging. In the case of the iPhone 6, that led to a recall when the batteries degraded, as all batteries do with successive charges, and the resulting capacity was so low, that it caused the phones to shut down on their own.

And now, it’s most embarrassing failure has been the latest butterfly keyboards used in the past four generations of MacBooks. This shift from tried and true keyboard designs used on all other computers and on older MacBooks to a design that’s thinner and has less key motion has been an embarrassment to the company and a serious flaw that inflicts all of its notebooks.

I’ve used MacBooks for years, and have been using a 12-inch MacBook for the past three years, the first to use this new keyboard design. The keyboard had to be repaired twice for keys that did not register. And the keyboard replacement meant replacing half the computer, because the keyboard is glued to the top housing along with much of the electronics. Amazingly, this repair is required even if a single key becomes defective! Fortunately, it was covered by Apple’s extended warranty.

When I began writing a recent book, the keyboard’s feel, unreliability and overall performance led me to use a Lenovo ThinkPad, because of its outstanding keyboard.

Apple’s recent line of notebooks retains the same flawed keyboard design. While they claim reliability has improved, the iFixit analyses implies no major changes. Apple has gone too far in the name of thinness and has turned some of the best notebooks into products that I, along with many other reviewers, can no longer recommend. It’s a major stumble by Apple that didn’t have to be.