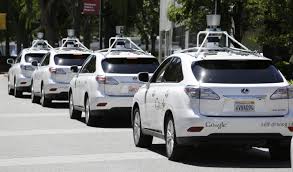 It seems every automotive company, as well as Uber and Lyft, are touting the imminent arrival of self-driving cars.  In an interview with Bloomberg, CEO Travis Kalanick announced that Uber would be adding self-driving cars this month, working to modify some Volvo vehicles. Ford’s CEO Mark Fields claims they will be offering self-driving cars soon, and Lyft and GM are rolling out a plan as well.

The automotive industry has been notoriously slow in adding innovation, often taking two or three years to make a minor change that could effect drivability, reliability or safety. Yet all of these companies are throwing caution aside and expecting to put thousands of cars on the streets and highways before there’s been sufficient testing.

Rarely does any product or technology come without unintended consequences. A recent fatal crash of a Tesla was attributed to the driver’s recklessness and relying too much on the car’s sensors, that apparently were blinded by the sun. Problems like this are to be expected. There are millions of combinations of traffic situations, interactions with objects in the road, bicyclists, pedestrians, the environment, human behavior, and other diversions, that it’s impossible for the engineers to anticipate every situation. Engineering is imperfect, and design is only improved by identifying the issues, the corner cases, and the missing assumptions, fixing them, and more testing.

Unlike other products where a phone call might not go through or an app crashes, failures of self-driving cars are much different: people will die.  It will take the testing of hundreds of vehicles for thousands of hours and days to refine and prove out the design. Compounding this is that there is not one standardized approach, where the industry learns from each participant, sets requirements for performance and testing.

Instead, we have dozens of companies all taking their own approaches, some relying on subcontractors, all leading to a very confusing environment. And companies that have done their homework, such as Google, are unlikely to share their learning with companies it considers competitors.

And considering we have companies like Uber involved, that have never developed hardware and likely have little understanding of hardware issues, putting cars on the road, we may have a disaster in the making. Uber, in particular, has not been a shining example of maximizing the safety of its customers with the failure to do adequate vetting of its drivers, based on charges by the San Francisco District Attorney’s office.

Bringing on self-driving cars prematurely is the best way to kill a technology. Every incident, injury or death, will be greatly magnified in the press, and, even though the fatality rate might be much lower than conventional cars, it could kill the industry or severely slow it down before it gets started.

Don’t get me wrong, I think self-driving cars will be one of this century’s greatest technical achievements. But I am just astounded at how little work has been done by those companies that are planning to populate our streets with two-ton vehicles being controlled by software with so little testing.