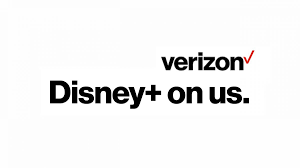 Remember when your cellular provders would increase your monthly bill whenever you tweaked your plan? If you added a line or made a minor change, certain discounts would be removed or your monthly charge would go up. Well, I encounterd a new scheme from Verizon that does much the same.

When I made a slight change to one of my 5G lines at Verizon’s recommendation, because the old plan was being discontinued, I thought it was just to get an improvement in my hotspot speed. The monthly plan remained the same at $40. But unbeknownst to me, and without ever asking for my approval, Verizon added Disney+ at $13.99/month. We don’t watch Disney and have no use for it. But it showed up on my bill under “extra charges.” When I discovered this almost a year after it was done, I tried to remove it by going to “Review my plan” and looking under “Add-ons” and “Entertainment,” but the $13.99 was not shown. The Disney subscription is hidden, and there was no way for me to opt out.

I called Verizon, and after an hour on the phone, they told me they had to contact the “Disney Plus Help Desk” to try to get the past eleven months of charges removed. I should have found these charges earlier by digging into the extra charge bucket that include many different taxes and fees. But clearly Verizon added it without my consent. I would advise you to check your bill and make sure you’re not paying for something you never asked for.

I decided to a file a complaint with the FCC to bring this to their attention. It was quite simple to do online, just answered a few questions and described my issue. I didn’t expect it would do much good, but it couldn’t hurt.

To my surprise I got a call from Verizon three days later. It was from a woman in the “executive office” named Laura (pseudonym). She said she was calling in response to my FCC complaint. After going over the issues, she explained that the only way that Disney+ could be have been added was if it was requested, but she was willing to refund half the charges for the past 11 months or about $80 and offer a $20/mo loyalty discount on my bill going forward. I countered, asking for the full amount, but she held firm. After some hesitation. I told her I would accept the offer if she could fulfill two additional requests. The first was to analyze my 7 lines of service and be sure there were no other extra charges and that I have the most cost effective plans. If you’ve ever tried to decipher or compare their plans, you would know what I mean – their plans and names are: Get More, Do More, Play More, etc. with most of them within a few dollars of one-another, but with some offering discounts on additional devices. My second request was for her to provide me with her contact information should I ever need help in the future. She agreed.

What I learned is that filing an FCC complaint was well-worth doing, particularly how fast it was processed. And secondly, go over your itemized bill on a regular basis. I failed to catch the added charges. No excuses for that.