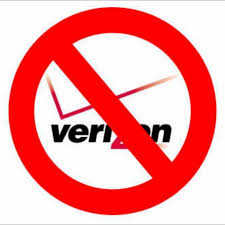 I’ve had an iPad with Verizon cellular connectivity that costs $10 per month. I rarely use the cellular connection and decided to remove the iPad from my account. I’ve had it for more than 4 years and have paid them about $500, equal to the price of the iPad itself. I assumed it would be easy to go to their website to remove the device.  After all, you can do most everything else on the site, including buying and adding devices and changing plans. But, after trying everything, I found out the one thing you can’t do was remove a device. The options only allowed me to suspend it temporarily, but continue to pay the $10.

I googled to see if I was just missing a menu item or something obvious, but I discovered many others complained about the same issue. So I called 611 and waited. After 45 minutes on hold I gave up. I next tried their online chat and had better success. After 15 minutes I reached a live chat agent and had the following conversation that took a total of another 25 minutes, waiting an inordinate amount of time for the agent to respond each time.  Notice how the agent suggested I not cancel but give the iPad to someone else.

While not a first world issue, it’s just another example of how Verizon creates policies that cause us frustration and to lose any loyalty we might have. I’m sure other carriers are just as manipulative, but it leaves a poor taste.