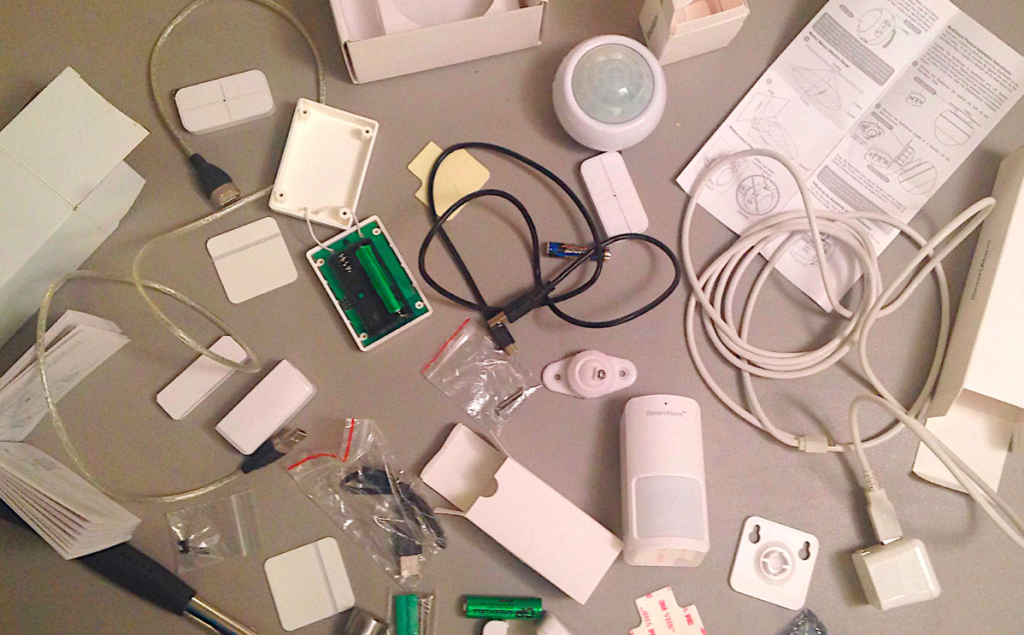 Can we possibly have too many gadgets? Over the past dozen years, as a product reviewer, I’ve seen so many new products that offer the promise of helping us to be safer, healthier, and richer. Yet frequently they required a lot more work than was expected to set up, maintain and deal with unexpected issues. The result was often disappointment and… waiting for a better gadget.

Nowhere is this more true than in the area of home technology, specifically the Internet of Things. Products have become more complex with the addition of WiFi, Bluetooth, and user interfaces. They often depend on working with an app, the phone’s operating system, and the cloud, any one of which can lead to time-consuming problems we never thought about before buying.

The Nest thermostat was a brilliant product when it was introduced. it utilized our home WiFi network, our home environment, and information retrieved from the cloud to control our home’s temperature more frugally and to save money.

I was one of the first to get one, and my enthusiastic reviews for the product likely sold many more. Yet as time passed, there were some issues, including non-compatibility with my heating system, failed downloads, and intermittent drops from the WiFi network. Nest addressed each one over time, but it took my attention and time.

I recently reviewed a Canary home security camera that’s designed to monitor unusual activity in my home, and send an alert on my phone when it detects motion. But it invariably sends false alarms, apparently triggered by reflections of light reflecting off of a wall.

And this past week I installed a really clever product, the Ring Video Doorbell that’s intended to alert me to a visitor at the front door and allow me to greet the person from wherever I am, at home or away. But I found that the device makes my door bell ring on its own. I’m now working with the company to figure out the cause.

At times I think it might be just me with these unexpected issues, especially since I tend to be an early adopter. Clearly the ads and product descriptions never talk about the time and attention it takes. But the more I read the online reviews and discussion boards, the more I find there’s plenty of company. These experiences are common, and there’s often a large community helping other users to solve the problems.

And from the perspective of a product developer, it’s not surprising we should experience these difficulties. Everything is becoming more complex and the odds of problems are much higher.

It’s really hard for product companies to anticipate all of the various circumstances that their products will encounter once they start shipping. In spite of lots of testing, only after the product gets into the hands of thousands of users, each with their own unique situation, do they really have a good understanding of what the real problems are.

That’s why return rates for new products are often in the double digits, not because of defects, but because of their complexity contributing to buyer’s remorse.

What’s ironic is that many of these new devices are replacing tried and true products that have existed for years, doing their job perfectly well. A $125 connected smoke detector replaces a stand alone one costing $20, a $100 smart band replaces a $15 pedometer, a $100 connected scale replaces one for $25, or a remote door lock controlled by the cloud replaces one with a key.

But in spite of these problems, there’s an attraction to many of us, a need to be first in line to try and to buy that new gadget to do something that might only be an incremental improvement.

And I should talk. I’m drawn to new gadgets like a moth to a light bulb. After reading Walt Mossberg’s review, it took a lot of willpower for me not to get excited about the new iPhone, described as being the best phone ever. I almost upgraded my 6 Plus to a 6S Plus, even though it was less than a year old and working perfectly well. Fortunately, my Apple store didn’t have one when I felt the urge.

With the Internet of Things exploding, the complexity is just going to increase. The number of gadgets in our home connected to the cloud is going to grow exponentially. Even if they all work as designed, we’re going to need to figure out a way to manage them, to know when to react, and to know what to do.

I suspect that will mean another level of technology to solve this. Perhaps a gadget with an app that sits between us and our other gadgets to monitor, fix, and report the important information to us. Yes, something else that needs to be maintained!