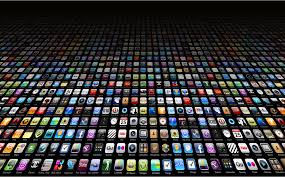 One of the often ignored issues in the tech community is how the rivalries between the major tech companies impact their customers, and it’s not always for the best. The issue hit home for me this week when I tried to add back my Gmail account to Apple Mail, the application that’s provided on every Mac computer.  Adding the Gmail account allows email to be fetched from Gmail by Apple Mail and show up in its inbox, and allows Google appointments to be added to Apple’s Calendar program.  I had deleted the account that had been working fine to troubleshoot some other issues, and assumed I could simply add it back. That was a big mistake.

Apparently, due to some issues in the MacOS, adding a new Gmail account does not always work. After adding my gmail address and password, the process freezes, and failed to add the new account.  After a long call with Apple support, their recommendation was to revert back to an older version of MacOS.

But clearly that was not the answer, because when I tried installing Gmail on an older Mac computer, I had the same problem.  Apple’s solution was to visit the Genius bar. I did that and they tried adding my Gmail account to a brand new Mac and experienced the same result.  They were baffled and had no solution.

Online searches indicated this problem has come and gone since 2015, and the advice of online troubleshooters was to forget using Apple Mail with Gmail because they don’t play nice with each other, and they predict these incompatibilities will continue.

I surmise Apple would prefer for us to use our iCloud address and Google would prefer us to use their web clients for Gmail and Gcal.. But the Gmail client doesn’t allow multiple emails to feed into a single Inbox, something Apple Mail can do.

So I looked for a workaround, essentially another application to replace Apple Mail and Calendar. I have Microsoft Outlook on my computer as part of my Office suite of apps, but had rarely used it. So I tried that. It’s one of the mainstays and an essential program first developed for the Windows world and has been around for decades.

It combines an email client, calendar and contacts into one product. But it turns out that Google restricts the use of some Gmail accounts on Outlook preventing me from adding a gmail account I have with another company. And Apple and Microsoft use different formats for their contacts so I couldn’t import Apple contacts into Outlook.

As I researched this, I found a warning on the Google website that they don’t consider Outlook a safe application to use, therefore they refuse to allow it to be used withGmail accounts unless it has an extra level of authentication. That’s something I can do with my own account, but not with my other gmail account managed by another company.

Internal rivalries among the tech giants are making our lives more difficult, and their rivalries and competitiveness creates more problems for their customers. They are trying to force us to pick a platform and stick with it, or just ignoring customers that might want to make their own choice of apps. The companies need to put their rivalries behind them and work harder to allow their products to work nicely with all the other popular platforms, because that’s what’s best for the customers.

My solution now is to use Airmail for my email and Fantastical for my calendar. Each does everything the Apple apps do, but add new features and are actually better products. Most importantly, each were able to be set up using my Gmail account without a problem. something Apple’s own apps can’t do.