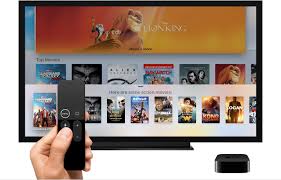 It’s time for an Apple TV. Not just streaming in a box, but a full blown, full-featured HDTV.  Whatever the reasons in the past that dissuaded Apple from getting into this business, they’re now gone. Perhaps it was that TVs were too expensive and wouldn’t meet their high margin needs, or the cable companies would get in the way, or there was little differentiation they could provide. None of these reasons now exist.

The opportunity exists for Apple to create an entirely new line of hardware to fill a large void and satisfy a real need. It’s something only Apple has the capability of doing.

This is the perfect time for Apple to offer a complete solution, including a large “retina” display, a tvOS operating system, remote, and streaming services. Such a product plays to all of Apple’s strengths of building products in which the hardware and software work together seamlessly.

Apple will also be filling a real need in a marketplace that’s already undergoing change and confusion as more of us migrate from our cable providers to new streaming services. Like the cellular companies that the iPhone disrupted, the cable companies are ripe for disruption, too.

Having just examined cable TV services and the various streaming options, I can tell you it’s not easy for many to figure out the mishmash of options.

The cost of flat screen TVs have plummeted to about 10% of what they were a decade ago. You can buy a 4K resolution, 50-inch LCD set for under $300 today from Samsung and others. That would allow an Apple TV to be sold for similar cost and margins as an iPhone.

Today, once you take your TV home, you face a myriad of complexities in setting it up, connecting your devices and figuring out what services you want to use. You have new passwords, a variety of user interfaces, and multiple remotes. You need to deal with audio, video, DVRs, WiFi, and a variety of services. There’s no one to help, other than an expensive audio specialist or your cable service. With these features integrated into the product and its tvOS, Apple’s benefits to the consumer would be massive.

Imagine what an Apple TV would be like. Setup would be as easy as setting up your iPhone. The Apple tvOS and Siri would take you through the setup, allow you to select services based on your viewing preferences and needs and integrate them under a single, simplified operating system.

But there’s more. Apple could turn the TV into so much more than your entertainment system with built-in or accessory hardware from others. The TV could become the home hub that you would use to conduct Facetime calls, monitor home security, listen to music, manage your WiFi, and your home hub activities.  It could be your home calendar and bulletin board, and your remote computer display. The challenge would be what to leave off. And all of your devices would be synched to the TV much like they now with each other.

Apple’s products all consist of a display, an operating system and apps. The Apple TV now becomes another product with similar characteristics, just with a much larger screen. Like the iPhone and iPad, the Apple TV will do things we can’t even imagine once 3rd party developers begin developing their own products.

The size of the flat screen TV market size is currently about 40 million sets per year in the U.S. and 240 million worldwide. Samsung alone has sold an average of about 40 million sets per year over the past ten years. So, it’s reasonable to expect Apple to sell 5 to 10 million in their first year, a $5B – $10B business, not including services. It would also do a lot to accelerate Apple’s entry into the streaming entertainment business.  They’d go from a late start, also ran, streaming company to having an oversized influence among all of the streaming services.

Today we stare at Apple displays on our watches, phones, tablets, and computers. The largest display of all, in our living rooms, is ready for disruption.