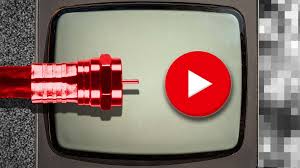 In previous columns, I compared cable and streaming TV for everyday viewing of network television and concluded that streaming offered some advantages, but significantly cutting the cost of your cable bill might not one of them.

For decades cable has been the industry standard for delivering live TV broadcasts to our homes. But as high-speed internet improved, a flock of new companies began selling access to the same TV shows over the internet and called it streaming. Ironically, for most of us, it’s the cable’s internet service we use to access their competitors.

I was paying Spectrum, my cable company, $190 per month, half for the high speed internet service and half for cable TV service, cable card rentals, and a phone line. In addition, I was also paying TiVo to record my favorite programs so I could play them back on my schedule and to skip through commercials. My three TiVos added another $45 per month.

When I last checked, I concluded that switching to streaming would save perhaps $50 per month, but the inconvenience of switching was just not worth the effort at the time, considering the need to deal with new remotes, learning, cancellations and removing old equipment.

But over the past couple of months, several things changed.  The first was the Coronavirus and the need to isolate at home. A month into our isolation, our primary TV stopped receiving most of the channels. We’d got a cryptic error saying those channels could not be found.

After several unsuccessful calls with Spectrum to troubleshoot the problem, they offered to send a technician to our home. But that was something we didn’t want to do while we were isolating. They tried sending us components to switch out over the next month.  When that failed to work, they insisted the problem must be with the TiVo. We had already spent hours on the phone with TIVo to diagnose, reset, and reconfigure, and TiVo concluded that the problem was with our cable provider.

Meanwhile we experienced some issues with TiVo, a company we loved for the past twenty years. When we played back a recorded show, instead of it immediately playing back, a very loud commercial was inserted before the program began, and it was impossible to skip.  When I checked on the TiVo forums, I found hundreds of complaints. TiVo calls these pre-roll ads, something they introduced late last year.

Considering that avoiding commercials is one of the main benefits of TiVos, adding their own ads seems to be one fo the most bone-headed ideas I’ve ever encountered from a consumer company.

I reached out to the company and they asked for a few days to remove them from my TiVos. Three weeks later the ads remained but were able to be skipped through.

But that soured us on TiVo, especially considering that some streaming services let you save and access your favorite programs in the cloud at no additional cost and with no hardware needed.

So, with one TV not working and TiVo no longer a reason to hold back, we decided it was time to “cut the cord” and move to streaming.

We’re now using You Tube TV on our three TVs. One uses a Roku adapter ($40), another accesses TiVo directly from it’s built-in Android TV operating system, and a third came with Roku built in. (the bargain-priced 32-inch set from TCL for an amazing $129).

We’re now accessing YouTube TV, Netflix, Amazon Prime and other streaming services on each set. And with YouTube TV running on multiple sets we discovered a number of benefits:

Cancelling both TiVo and cable TV required about two hours to reach the two companies and listen to sales pitches about retaining their services and their special discounts. But I persisted and once it was done, I realized I never need to deal with in home cable service and diagnosing hardware.issues.

However, nothing would be normal if it all went perfectly. The same day I cancelled my TiVo and cable TV, YouTube TV on our new Sony HDTV would begin and immediately freeze, yet other services worked fine and YouTube TV worked on our other sets.  After Googling for a solution, a TV reboot fixed the issue.

After a few weeks of use, we’ve gotten used to the new user interface and are watching the same programs we did before, all on our schedule. Clearly this is the future and it’s good to be a part of it.