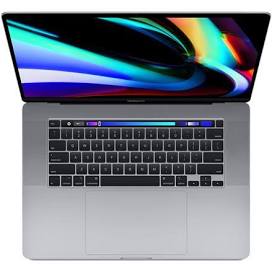 The recent excitement that Apple finally fixed their keyboards in a newly released MacBook 16-inch model offered new hope that I could replace my two old MacBooks, a 2013 MacBook Pro and a 2015 MacBook 12 inch. I had been holding off all this time because of the problems I experienced with my “newest” MacBook, the 12-inch model that was the first to have the troubled butterfly keyboard design, created as part of Apple’s obsessive journey to make everything thinner.  As written here and elsewhere, it was one of Apple’s most serious hardware errors in decades that hampered what once were the industry’s best notebooks with a flaw that was fatal to reliable notebook performance.

The 12-inch model was the mobile warrier’s dream. Just two pounds, about the same weight as an iPad. When I purchased it, I was a little wary but assumed Apple had tested this newly designed keyboard. After all, the keyboard in one of the most important parts of a computer. But I was to find that the keyboard failed within the first year. Some keys turned mushy losing their click, and others registered twice when striking. Apple replaced the keyboard while under warranty. But due to the design of the notebook, they actually had to replace the entire top half, including the batteries, case and trackpad that were all glued together.

The new keyboard lasted almost two years before I needed to replace it again. And now, more than four years later, it’s failed again. Several keys don’t register when pushed, and others don’t click. This time Apple would not replace it and wanted $700 to repair it. When I protested, they offered to clean the keys at no cost to me. Now that it’s back, after leaving it with them for two days, it’s a little better, but many keys are still mushy and others still occasionally don’t register.

I decided it was time to buy a new MacBook and looked at their new MacBook Pro 16, the only notebook that has their new/old keyboard, a more reliable design, patterned, according to Apple, after their desktop version. The notebook has been well reviewed, praising Apple for returning to the more reliable keyboard design. (A few weeks after the good reviews, a few issues have surfaced such as a screen that jitters when scrolling and a loud pop from the speakers.)

I examined the new MacBook carefully and it was very impressive – as a desktop replacement. It’s large and heavy, over four pounds. I found it just too cumbersome for something I would travel with all the time. And, surprisingly I found the keyboard to be lacking. It might be more reliable, but the keys had less travel than the desktop version and less than my 2013 MacBook Pro. In fact, the 2013 MacBook Pro was the best of all three.

So I’m in a quandry. Apple still has no lightweight portable notebook with a reliable keyboard. Rumor has it that they may be coming out with new models of their smaller and lighter notebooks with improved keyboards in June, but that’s a long time to wait. So I’m forced to either use the 2015 MacBook 12  with a keyboard that doesn’t work reliably or a sluggish  2013 MacBook Pro 13″ that has a great keyboard (and many more useful ports). Apple prioritized profits by putting the improved keyboard in the least roadworthy notebook model of all.

A third alternative is my Lenovo Thinkpad X1 that has a spectacular keyboard, a great 15-inch display, and a wealth of ports, that weighs a little more than half the new MacBook Pro. I just need to devote some effort to getting used to its clunkier operating system.

Apple has been very disengenous with their comments on their keyboard fiasco. They repeatedly say that only a small number of customers have had keyboard issues with their current design. But based on my experience and many others I have spoken with, and articles written, this is a problem that afflicts millions of owners. After all, it’s a design deficiency that can afflict every single one over time.

What all of this points out is that Apple’s reputation for great hardware design is no longer deserved. Along the way they made so many poor decisions on their notebook designs, including removing all the various ports, making the products impossible to repair, and making them unusable. This will be remembered for decades to come as the time when Apple lost their lead in creating good, reliable hardware, because they were driven recklessly by those putting appearance ahead of function. And it reflects on Tim Cook, their CEO, who allowed this all to happen under his watch. It shows he’s not a product guy, someone that appreciates the nuances and tradeoffs of good product design.