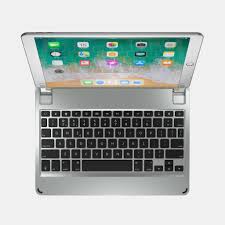 As reported in two earlier posts, my 12-inch MacBook is one of millions with a keyboard failure, the result of Apple’s use of a new keyboard design to make their notebooks thinner. The design, called Butterfly, has proven to be unreliable, leading Apple to extend its keyboard warranty to four years from the normal one. While the company has begun to phase in an older, more reliable keyboard design, It’s only available on their chunky four pound 16-inch MacBook priced at $2500 to over $6000.

This is the third time in five years I’ve needed a keyboard replacement, but this time it’s out of warranty. And, making matters worse, Apple has no reliable MacBook other than this expensive 4-pound model. Every other MacBook suffers with the same unreliable keyboard. It would be crazy to buy another notebook with a known issue like this.

(While Apple still refers to their keyboard problem as something affecting a small percentage of users, the tech world believes different, as documented in this viral column from columnist Joanna Stern in the Wall St. Journal. The consensus of analysts and tech reporters is that it’s affected more than 40% of users.

So my options for a relatively lightweight MacBook were either to repair my old machine or buy a new model one with the same unreliable keyboard.  A customary fix for other brands of notebooks would be to replace the few defective keys, but because of the way Apple constructs its notebooks with many of the parts just glued together, it requires a full replacement of not only the keyboard, but the entire bottom half of the computer. (According to iFixit, MacBooks have a repair score of 1 out of 10, where 10 is the best.)

I tried emailing several Apple executives and I did get a call from a customer service agent, who reiterated that there was nothing that could be done because my computer was out of warranty.

As a last resort I visited my local Apple Store and spoke with a manager.  I explained my predicament and he offered a compromise: they would make the repair for half the normal cost, $180. While I was hesitant to plow more money into this five-year old machine, I thought that expenditure was worthwhile to turn a non-functioning computer to a functioning one. The repair would tide me over to June, when Apple is expected to announce new MacBooks with the improved keyboards.

The repair was estimated to take 1-3 days, but the part was out of stock and Apple asked for a few more days. Eight days later Apple called to tell me that the keyboard was fixed, but they found a problem with the audio and would need to replace some components, and they’d be doing it at no cost to me. Five days later it was completed and I now have my computer back that looks like new. While there were unexpected delays, I’m very pleased with the support from Apple. The convenience of a local Apple Store and ability to talk face to face is something no other computer company offers. The other convenience is being able to call the store and speak to a real person to get updates.

I sympathize with those that only have one computer. During the interim I reverted to a 7-year old MacBookPro sitting in my closet, contending with software that needed to be updated and batteries that barely last three hours. Fortunately I save all my work on iCloud, so my files and documents are readily available. But for traveling I found another solution.

I used a 10.5″ iPad Pro with Apple’s thin keyboard cover that I’ve had for several years, but rarely used.  I never liked the keyboard because it’s difficult to use in the lap or in a poorly lit area (the keys are not illuminated).

I found an accessory keyboard in the Apple store that’s much like the keyboards on older MacBooks, the aluminum Brydge keyboard. It has excellent illuminated key switches and feels like an old reliable Mac keyboard. While there are still many things I can’t do on the iPad that I can do on the MacBook, it’s allowed me to do some writing, emailing, and web surfing.

You can see why so many are in the Apple ecosystem and find it hard to leave; Apple has so many elements in place to keep us here. Of course, it will be much better when they also have their keyboard problems corrected.