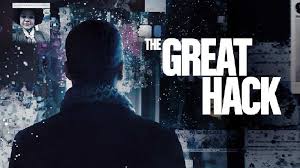 One of the most frightening developments in the world of tech is how personal data mining is being used to undermine democracies around the world. The tools Facebook has developed to target individuals with personal ads – the dream of advertisers for decades – is being used to target individuals with specific psychologic messaging, much of it fake, to influence voting. The only reason that it is so effective, is because Facebook, and to a lesser extent Google, capture thousands of data points about each one of us that enable us to be accurately analyzed.

Don’t make the mistake of thinking that Facebook only does this to those that use their app. They are so pervasive that they manage to capture data on everyone through trickery and deception. If one of your friends is on Facebook, they have you identified and characterized. We saw how Mark Zuckerberg professed his innocence in his testimony before Congress. But don’t believe it.

A chilling new movie on Netflix, “Great Hack,” documents how Facebook and Cambridge Analytica have undermined elections around the world. It makes you wonder if it’s possible to have a free and fair election ever again. In her TED Talk, British investigative journalist Carole Jane Cadwalladr of The Guardian asks this question toward the end of the movie.

She and an American media professor, David Carroll, provide much of the narration in this expose of  Cambridge Analytica.  They were responsible for exposing the British company that is widely credited with passing the Brexit referendum, electing Donald Trump president of the United States, and swinging the results of numerous elections around the world.

The movie does an excellent job in explaining how the company works and who was behind it, notably Steve Bannon and the Mercer family, who by the way, are closely connected to Peter Thiel, one of Facebook’s early investors and now a board member of the company.

One of the most riveting scenes is when Zuckerberg claims in his Congressional testimony that he was unaware of his company and Cambridge Analytica working together on the election. We watch one of Analytica’s technical wizards, Brittany Kaiser, from her hotel room express amazement, because she says she was part of this group and that Zuckerberg often stopped by to visit.

The Great Hack explains how Cambridge Analytica collected millions of data points on voters and then served them targeted political ads. Now, that’s something normally being done by many campaigns and often useful. Obama’s campaign also target their ads to those they thought would be receptive to his messages.  What was different here was that these ads created by Cambridge Analytica and the campaigns they worked with were often fake news, distorted propaganda, and sent from made-up groups. They conducted psychological operations designed to appeal to a voter’s prejudices and provide them with false information.  One example shown was a made up ad showing Michelle Obama criticizing Hilary Clinton for being too ill to serve in the White House. Another was from a made up black organization, encouraging that they boycott the election, and even organizing real demonstrations.

This is a movie that is chilling in its message and makes you wonder if we can ever have a free and open election again.

Here is the Official Trailer.