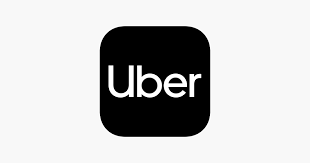 Uber went public last week at the low end of its predicted range, and saw the stock quickly tank. It was one of the poorest IPOs ever in terms of the first day loss in company value. And more than 3/4 of those that invested over the past few years hare also underwater.  It’s an example of short term thinking, early investors making a quick profit, and soaking the public. And even though Uber is dependent on its drivers, none of them received any of the benefits of the IPO. That’s because Uber considers them expendable, and that’s a fatal error.

For business travelers, Uber has been a valuable service, and we certainly don’t want to see it go away. But it cannot exist with the current issues it faces, and a model that doesn’t compute.

First it has a huge turnover of drivers as it continues to squeeze the amount a driver can make. Typically a driver can earn $10-$15 an hour, before taking into account the wear and tear on their car. Even with the attractive rates Uber offers, the company is subsidizing the rides by about 20%. So, what we have is a non-sustainable business model in which a company loses money on each ride it provides, while its drivers continue to be squeezed and become more frustrated.  As the company tries to save money and as the drivers are squeezed more, that makes the rides less safe with less driver vetting and more unhappy drivers.

You’ll hear many in the tech and investment communities, as well as Uber, dismiss these issues, predicting that when the Uber model shifts to using self-driving cars, there will no longer be the cost of a driver. We’ve heard this for years from Uber, but it makes no sense if you just think it through. Currently Uber drivers use their own cars, but with self-driving cars, Uber will need to buy and maintain tens of thousands of premium-priced self-driving cars. And they won’t become widely available for five years or more, considering the approvals and testing needed.

The only solution is for the rates Uber charges to be raised, meaning increasing fares by about 30% to provide a profit for Uber and a better deal for the drivers. Even with that increase, most Uber rides will still be less expensive than taxis and more convenient.  My recent experiences in the US and outside of the country are that Uber is about 60% the cost of a taxi.  Business travelers would continue to use Uber, even if there was price parity with taxis. Its convenience offering automatic payment and quick pickup will remain its best advantage.

This week was not a pretty picture where thousands of billionaires were created on the backs of $10 per hour workers.