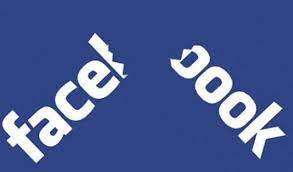 Rarely do huge companies suddenly collapse. Instead they peak and then begin to slowly erode. It’s not aways visible because these companies have a lot of inertia and have PR departments working with compliant analysts and press to mask their troubles and paint a rosy picture.

I’ve been around the high tech industry for more than 40 years and have experienced it first hand. Usually what you see from the outside bears little resemblence to what goes on inside. After a while you get a feeling for the signs. And those signs are becoming clear with Facebook, a company I’ve followed and written about for years.

I am certain that Facebook is in serious trouble. No, it will not go out of business, because Facebook the app brings in huge revenue and large profits. It’s still one of the most effective ways for companies to advertise. But over time we will continue to see more Facebook users and advertisers leave for the next big thing, much as many are now doing with TikTok.

There are three early signs that lead me to this conclusion:

Facebook has been very, very lucky. For years they have had one product, the Facebook social app, that has became the default way people choose to connect with friends. In return the users become fair game for being targeted by advertisers, interest groups, governments, and more.

But in spite of having almost unlimited funds, Facebook has had a poor track record in creating follow-on products. They’ve bought a few companies with products that were threats to their dominance, such as Instagram and WhatsApp, and they’ve copied features from numerous competitors such as Snapchat. They’ve tried to develop hardware products, such as a cellphone and a home device called Portal, but both failed, the latter because of their wretched reputation – few trusted a Facebook-branded device with a mic and camera in their home that might gather more of their personal data. Their single hardware product that’s had a bit of success has been Oculus, a heavy wearable goggle used to experience virtual reality, mostly for gaming. That was also an acquisition.

Their CEO, Mark Zuckerberg, announced they are now focused on a huge company-wide effort to create a virtual reality app that will enable users to interact with one another in a virtual world. Users will interact with others in this virtual world to do much what they do in the real world, including buying virtual real estate and virtual objects and services, and interacting with others in all sorts of ways (and likely worse than they do in real life.). The virtual world has been a longtime fascination for Zuckerberg, someone that can be awkward in the real world, so perhaps he’s particularly enamoured by the idea. But this idea of it replacing Facebook is absurd. The technology is many years away. Currently VR goggles are unwieldy and cause nausea for many users. This virtual reality world is hard to define, and it’s something few want or have need, at least in the consumer space. Mark Cuban recently said, “Buying real estate in the metaverse is ‘the dumbest’ idea ever.”

Another sign of distress at Facebook is that it is suddenly loosing many of its high level executives including its COO, Sheryl Sandberg. Others not leaving are getting out of town. Nick Clegg, the former deputy prime minister of the UK, president of global affairs, is returning to Britain as he splits his time there and Silicon Valley. Clegg joins othe executives Adam Mosseri, the head of Instagram whose previous remote office locations include Hawaii and Cape Cod, as well as Alex Schulz, Meta’s chief of marketing. That’s not a good sign when Zuckerberg’s most important reports seemingly want to move away.

And it’s not just the executives. Engineers have been critical of Zuckerberg in recent town meetings and on internal chat rooms, pushing back on his vision and policies, after years of being pampered. They don’t like that they are being asked to take fewer benefits. According to a report in The Verge, Zuckerberg reacted sharply when an employee asked if Meta Days, extra holidays introduced during the pandemic, would continue.

“Realistically, there are probably a bunch of people at the company who shouldn’t be here,” replied Zuckerberg. Reaction was swift and critical.

This is all an indication of spreading dissatisfaction within the company and a lack of confidence that the company has a successful future. Executives and employees leave when there’s fear and uncertainty about what lies ahead. So watch for increased turnover.

Investors also seem to be questioning Facebook’s future. Stock price has halved over the past year.

One of the world’s most hated companies

Facebook has limited its options because of its abhorent behavior over the years. They’ve become radioactive to many. They can no longer easily acquire new companies without being challenged, because of how they’ve abused their monopoolistic position in the past. Their most recent announcement to acquire the virtual reality company Within—developers of a popular VR fitness app, is being challenged by the FTC.

Facebook’s reputation among the public is terrible. Its position in a July 2020 Axios/Harris poll of corporate reputation rankings was 97 out of 100, and it\s gotten worse since. It’s a reputation they’ve earned over the past five years due to being caught lying, the revelation of embarrassing internal documents, the violation of users’ security, and an unwillingness to adequately moderate its site. Facebook is also disliked by most other tech companies, as a result of blatantly copying other companies’ ideas. Last year Apple required users to accept tracking by the Facebook, a directive aimed squarely at Facebook. Over 80% of users said no, costing Facebook about $10 billion this past year.

What all this means is Facebook has no friends in Washington, no friends within its industry, and not a very loyal user base.

In summary, their primary product has peaked in popularity and is losing users. They have no major new products to replace Facebook, and they have a restless workforce who increasingly question the company’s direction. That’s why their future looks grim as they become less relevant.