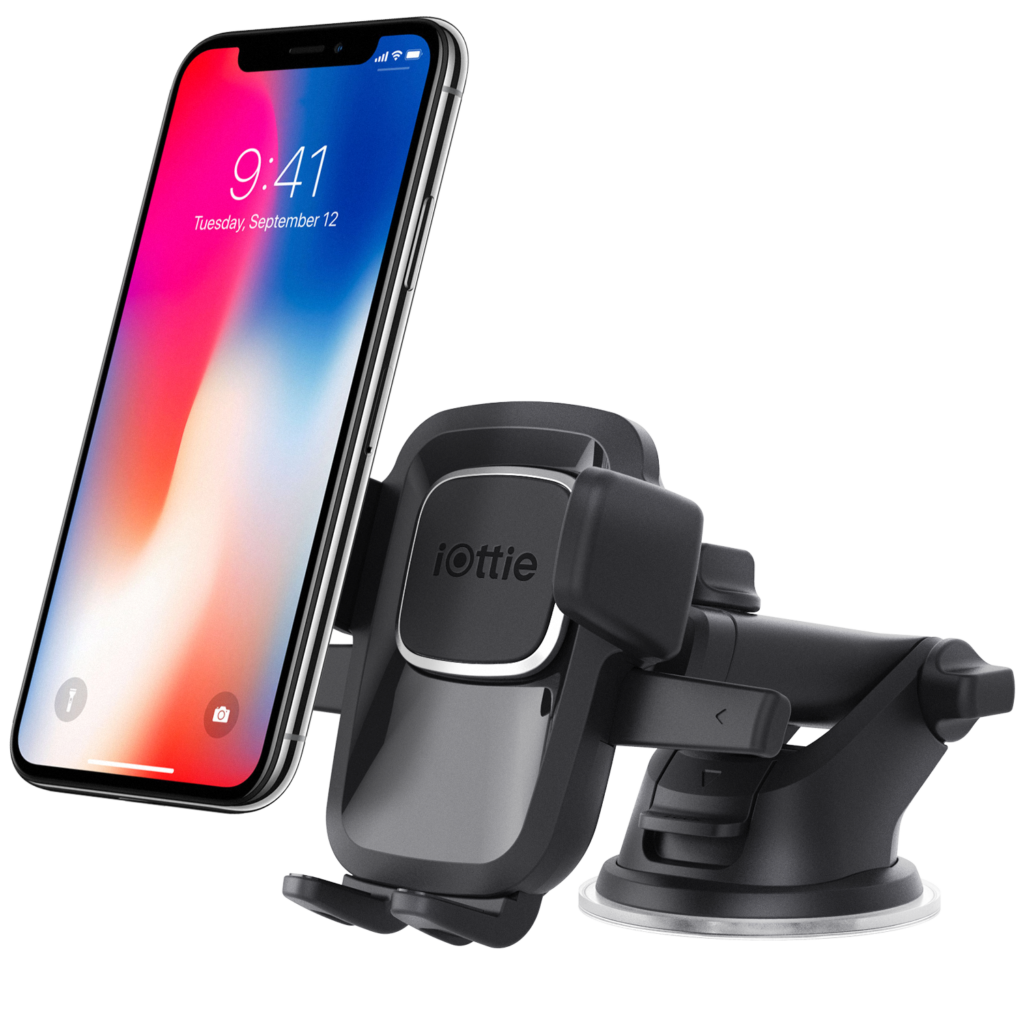 As an early adopter, I’ve been trying to find a good to access my phone safely while driving, particularly for one of it’s most important attributes, navigating. Unfortunately, the auto manufacturers, likely driven by their lawyers, don’t want us to even think of our phones while driving, and relegated them to slots and cubbyholes out of sight. But most of us benefit by having access, not so much to text while driving, but to see incoming calls and to access navigation services that are much better than what the automakers provide.

That’s where the accessory companies have stepped in to allow us to find an easy way to mount the phone within easy sight and at arms length. I used to use products from ProClips that offered custom mounts for all automobile models that snapped on to some feature of your car’s dashboard or center console. But they’re expensive, requiring 2 different components, and limit you to attaching your phone to just one or two locations. Typical cost is about $70 and more if you add built-in charging.

I’ve also tried phone cradles that hang from your air conditioner vents, slip into your CD slot, or use a magnet to attach to a dashboard mount. Most of these require adding a metal plate or button like protrusion to the back of your phone or phone case. Probably the best of these is the Steelie Mount from Niti-Ize.

But all of the options above provide little adjustability and require compromising just where you would like the phone.

That’s when I discovered a new class of products from iOttie, They’ve created a succession of car mounts that keep improving, and are now up to their 4th generation. Their mounts allow you to place your phone just about wherever you’d like in space. They accomplish this with a super grip suction cup and an adjustable arm that extends up to 8 inches, combined with full adjustability of the phone mount itself.

I’ve attached the product in my Chevy Volt to the top of the dashboard and extended the arm so the phone sits right over the large display right in the center of the car as shown below.

Features of both products include a one touch means to attach the phone, a broad adjustment to fit phones with or without a case, and the ability to work in both vertical or horizontal positions.

Here are the specifics:

I’ve been using the iOttie now for several weeks, and the suction cup has stuck, the phone, even with the arm extended nearly all the way, sits firmly and doesn’t vibrate. To date, it’s the best solution I’ve found and a well-designed product that lives up to its claims.