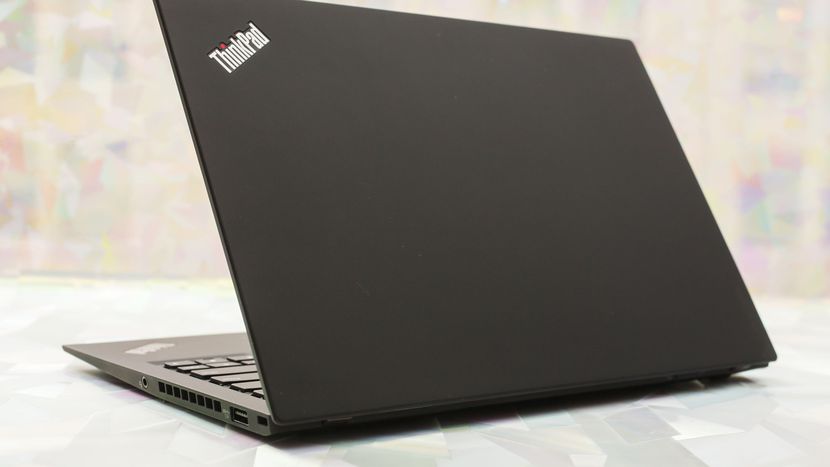 What’s the best notebook for traveling?

I’ve always had an affinity for thin and light notebook computers. Maybe it was because of all the international business traveling I’ve done for the past several decades. I used to use Thinkpads, but eventually migrated to MacBooks when Microsoft Windows software became buggy, complex and failed to address the security issues that made maintenance a daily chore. The day I switched was when I turned my computer on one morning to read my email and Microsoft grabbed control of the machine to do another update, and I waited for nearly an hour to be able to access it. And that’s what I’ve been using ever since, MacBooks. I’ve gone through a half-dozen models over the past 20 years. For the past 2 years I’ve been using a 12-inch MacBook, Apple’s lightest and thinnest notebook. Yes, it’s underpowered, but it’s oh so light, just 2 pounds.

But as I’ve written previously, it has its own burdens that go along with its compactness and feather lightness. A terrible, unreliable keyboard and a tendency to go into an unresponsive mode while it’s doing something on its own for 10 or 20 minutes at a time. And like Windows of decades ago, I am getting reminders to upgrade the software a few times each week now, requiring shutdown and about 30 minutes to do.

The problems have really become unmanageable while undertaking a big writing project I’m doing that will lead to a new book. I’ve been writing a few hours every day and the MacBook just doesn’t cut it.

So, I finally switched to a Lenovo Thinkpad Carbon X1. While there are other good choices from HP, Dell and even Microsoft, I’ve had an affinity for the keyboards and black matte finish of the Thinkpads going back before I began using MacBooks. It’s nearly as light as the MacBook 12”, 2.49 pounds.

I couldn’t believe how much better hardware it was than the MacBooks, including the MacBook Pros. It has an incredible keyboard, a gorgeous display and an amazing responsiveness, compared to the MacBook’s sluggishness. Unlike the MacBook with a single USB-C port and headphone jack, the X1 has those plus four more ports – even a memory card slot.

I do now  have the challenge of moving from Apple’s OSX to Windows 10. That will take some time, but so far, Windows is much improved over earlier versions, and there are good YouTube instructional videos to ease the transition. Because we store so much on the web now, there’s little need to transfer documents using a hard drive.

It’s not so much getting used to browsing and using the productivity software, such as Office; it’s doing the smaller things such as taking screenshots and other tricks that are unique to the two platforms. And it’s getting access to all the documents and files I’ve accumulated on the Mac. Fortunately, I’ve used Apple’s iCloud to store my important documents, and there’s an iCloud app for Windows that allows the same access and utility. You can even sign into the iCloud using a browser just as you do on a Mac.

What I miss the most are the mail and calendar programs on Apple that I’ve become used to. I’ve tried Outlook but am struggling to import my contacts and calendar. So, I’ve settled on the new version of Gmail, which has been my primary email provider. Its calendar is not as good, but it’s new Gmail interface is awesome, so those have become my defaults for now.  Nothing is simple, but I’ll continue using the Thinkpad and try to solve these anomalies. If needed, the local Microsoft store offers their own version of Apple’s Genius bar that I may try out.

I still think Apple has the best OS, an opinion perhaps influenced by its familiarity, but the company certainly no longer has the best notebook hardware. They’ve fallen way behind and have a long way to go to catch up to this wonderful computer from Lenovo.And it’s not just Lenovo. I have a friend who loves his Microsoft Surface notebook, having ditched his MacBook Pro.

The Thinkpad Carbon X1 ranges in price from about $1200 to $2400. Costco sells a well equipped version for $1549.  I’m using the version with the HD display that’s at the top end. Granted, it’s almost twice the cost of the MacBook 12-inch, closer to a MacBook Pro, but I’m less sensitive to cost. I just want a compact, lightweight notebook with a great display for traveling, and Apple has nothing comparable to offer. If you’re still an Apple fan, then the best portable notebook they have is the decades old MacBook Air. It has all the ports and a good keyboard, but a less sharp display. Why do I think that’s the best? Because an Apple store employee told me while he was trying to get my MacBook keyboard to work!