This week in tech has been a mixed bag. I’m enjoying doing virtual reviews, essentially reading about some interesting new products while dealing with some unexpected tech problems at home.

Being isolated, we’ve become more dependent on our TV than ever. But wouldn’t you know that our prime HDTV died.  While not unexpected – it was 14 years old. The Elite model 50-inch Plasma HDTV was purchased from Pioneer when it first came out and offered to members of the press at a 20% discount. It was one of the first premium models, and I paid about $4000. It was huge and heavy compared to today’s sets. It consisted of two parts, a screen and a receiver-sized box with all of the electronics. Unlike other products, such as iPhones, I had little desire to replace it, as it always was sufficient for my needs, and, after all, who enjoys setting up TVs?

Normally I’d spend a lot of time doing research before buying a replacement. I’d peruse the aisles at Best Buy and Costco, read the online reviews and examine each in detail. Instead I checked the websites of these two companies and Amazon to see what was available. 55-inch is the new 50-inch and both are now approximately the same physical size with the latest having very thin bezels. I first determined this size would just fit in my bookcase. The top of line sets use OLED displays costing from $1500 to about $3000. Then there are entry-level LED sets from about $400 from most manufacturers.

I narrowed my search to mid-range models of LED sets from the three major brands, LG, Samsung and Sony, priced at $700 -$1000. Each had models with similar features: 4K resolution, Smart TV capable, and LCD technology with some special feature that improved the display characteristics. I eventually selected a Sony because it was available for next day delivery from Best Buy. Costco had a similar set for $50 less, but delivery was more uncertain. And while Best Buy says they’ll match prices, Costco uses a different model designator for essentially the same set, which is the manufacturer’s way to protect their dealers from the heavy discounters. I paid $749 that included delivery.

I was impressed with Best Buy’s communications, giving me updated info on delivery times using instant messaging and a phone call and links to the setup video for that set. Right on time, two days later, two shiny Geek Squad vans showed up and the two women Geek Squad drivers carried the set to the front of my garage. Unfortunately they couldn’t take the old set because of the Covid-19. A day later after I let the cardboard box “decontaminate,” I set it up in about 30 minutes, most of the time, trying to decipher Sony’s wordless instruction sheet that covered three different size models in two languages. (There much be a paper shortage in Japan.)

While this all occurred, my recently repaired Apple MacBook 12-inch with its new replacement keyboard installed in January failed. The spacebarstoppedworking. It was about 2 weeks before the 90 day warranty would expire, but of course, the Apple stores are closed.  I called Apple and had to wait on hold for an hour, compared to the usual 3-5 minutes. After having me perform a few tests, Apple said they would extend the warranty until after their stores reopened.

But it was clear it was time to retire this 5 year old computer and look for a replacement. The new MacBook Air is the best candidate, but I’ll hold off for a few weeks in anticipation of their new MacBook introduction.  Fortunately, both have their new Magic keyboard, which is really their old design that works.

Apple has introduced a number of new products, many centered around keyboards, ironically. In addition to the MacBook Air with it’s better keyboard starting at $999, they’ve introduced two expensive add-on keyboards with trackpads for its premium line of iPads. (By the way, the latest iPad OS upgrade, available on most iPads, now supports using a mouse or external trackpad and works quite well.) The new keypads are designed to make iPads more computer-like and the initial reviews are excellent. But they are pricey, costing $349-$399, meaning a complete system costs more than the MacBook Air and weighs about a pound more. 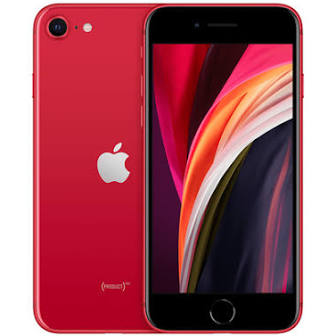 The other new product that’s getting good reviews is the iPhone SE for $399. But in reality, it’s essentially the same phone as the 8, but with an upgraded microprocessor and a better camera. What is significant is its the first iPhone for less than $400. Other iPhones are north of $700!

No longer will people need to buy a refurbished or older model iPhone to get an Apple phone this cheap, . By comparison there are many good Android phones for less than $400 and even under $300. As decent as the SE is, its big weakness is its wimpy battery that won’t get through a full day for an active user. It has the same battery as the original iPhone 8, If you want to dream of getting back on the road, check out this new Hitch Crossbody Laptop Brief bag from Waterfield. It’s a spacious vertical laptop and tablet bag in a streamlined form that functions as an everyday carry or briefcase. I find vertical bags provide a more compact format that provide easy access, and are more efficient than a large shoulder bag. It’s a cross between a conventional briefcase and man bag.

The product has dual padded compartments that cradle the new Apple iPad Pro 12.9-inch with the above noted Magic Keyboard, as well as holding a laptop. The bag comes in two sizes to work with all size computers. The Compact size fits the new Apple 13-inch MacBook Air, the anticipated Apple 14-inch MacBook Pro, or the Microsoft 13-inch Surface Pro. The Full size is designed to fit the 16-inch MacBook Pro or 15-inch Surface Pro. They are priced at $249 and $259. Like all their products, they are made in San Francisco from rugged materials that never seem to wear out.

Lastly, for all the deliveries we get, I discovered very useful app called Arrive from the company that builds online stores, Shopify. It tracks and reports on all of your online orders and deliveries, as well as packages you’ve sent to others. It automatically finds these deliveries by searching your email for tracking information. Yes, I know it’s not great to share email, but it’s so useful that I’ve accepted that for now. Here is a link to its privacy policy.