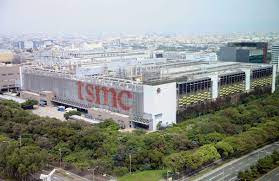 Taiwan may be a small island off the coast of China, but it’s a country never to be underestimated. I’ve been traveling there since 1983 and have seen it transformed from a thrid world manufacturer of cheap toys and simple electronics to the designer and builder of most of the world’s notebook computers and the manufacturer of the world’s most sophisticated semiconductor chips. When Apple was looking to design and build some of its products outside of the U.S. for the first time in 1996, I chose Taiwan for it’s combination of technical skills, cost effectiveness, and ability to move fast.

In my most recent visit at the end of 2019, the country was vibrant, clean, and modernized with a rapid transit system and substantial infrastructure, modern office buildings and office parks, a highly educated force more talented than ever, and a health system we could only hope for. All in a thriving democratic country with a high standard of living and happy people.

It was always clear that the country was a leader in technology, but nowhere is that more evident than measured by one of its most famous companies, the Taiwan Semiconductor Manufacturing Co. (TMSC), as described in this entertaining, informative, and highly recommended podcast.

TSMC was founded by Morris Chang, an MIT-educated Taiwanese that went to work for several U.S. companies, including TI, where he was fired, and eventually returned to Taiwan to work for a governement planning group, where he came up with his idea to create a company to make other company’s chips. A chip factory is often referred to as a foundry.

Over the years the company became the world’s leading manufacturer of advanced chips, far surpassing Intel’s capabilities. TMSC now is far ahead of its competition in its ability to build chips that have the most densely packed circuitry that results in smaller, less expensive chips that use less power, are faster, and have much more computing capability. The company builds chips for many of the major chip designers including Qualcomm and Apple that design their own chips, but do none of their own manufacturing. The world has become dependent on TSMC to build the most advanced chips being used in cellphones, computers, and the military.

That’s one of the reasons why Taiwan is so vital to our tech industry and economy and why U.S. House Speaker Nancy Pelosi met on her first day in Taipei with the company’s leaders to discuss the new CHIPS act that provides $52 billion in support for chip companies that invest in the U.S. TSMC will be building a new $12 billion chip plant in Arizona, their first advanced factory to be located outside of Taiwan. While they have plants elsewhere in the world, they will not build a facility in China that can make their most powerful chips.

Semiconductor chips are the brains of our electronic devices and is an area of intense competition between the U.S. and China for technology leadership. In 2021 U.S.-based companies controlled 54% of the world’s integrated circuit market, while South Korea and Taiwan held 22% and 9%, respectively. But TSMC manufactures Apple’s A-series and M-series chips and has over 50% of the world’s semiconductor foundry market.

If China were to invade Taiwan, TSMC’s most-advanced chip factory in the world would be rendered “not operable,” TSMC Chair Mark Liu said in an interview with CNN this week.

“Nobody can control TSMC by force. If you take a military force or invasion, you will render TSMC factory not operable,” Liu said. “Because this is such a sophisticated manufacturing facility, it depends on real-time connection with the outside world, with Europe, with Japan, with U.S., from materials to chemicals to spare parts to engineering software and diagnosis.”

So while China may threaten Taiwan, China is in a predicament. Were they to invade Taiwan, they would seriously damag their own high tech manufacturing sector, an important segment of their economy. As rival countries vie with each other, usually the one with the strongest military prevails. But in this case, the country with the best chip manufacturing may be even more important.