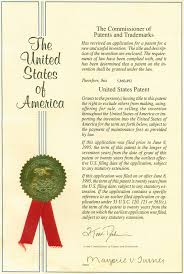 By Robert Asher. Co-Chair of our Patent Practice Group

Upending long-settled judicial decision-making, the U.S. Supreme Court has struck down the application of laches to patent damages. Under that judge-made doctrine, a patent owner who unreasonably delays in filing suit may be denied a recovery of past damages. As of the March 21 decision in SCA Hygiene Products Aktiebolag v. First Quality Baby Products, that defense against patent damages has been eliminated.

The availability of a laches defense had imposed on patent owners a sense of urgency when they learned of infringement. Waiting longer than six years to sue would have obligated the patent owner to prove that the delay was not unreasonable and did not prejudice the defendant.

If a court found that patent owner’s delay in filing suit was unreasonable and prejudicial, even a delay shorter than six years could have resulted in a dismissal of a claim for damages. Delay might cause prejudice if evidence favorable to the defendant went missing, or if helpful witnesses suffered faded memories or died, or the defendant made economic decisions that it might not have made if litigation had started earlier.

But given the exorbitant cost of patent litigation, to bring a lawsuit when the infringement was just getting started may not have offered a potential reward large enough to justify the cost. A patent owner might have found itself in a bind – file early and face the financial pressures of going after a smaller reward or delay filing and risk the potential defense of laches.

The Supreme Court’s decision removes timing of the lawsuit as a concern for patent owners. The decision reversed over a century of judicial decisions by giving new emphasis to the matter of timing as set out in the patent statute. That statute provides that damages may be awarded only for infringements taking place not more than six years before suing for patent infringement.

Acting in step with its  decision in the Raging Bull copyright case, Petrella v. Metro-Goldwyn-Mayer, Inc., which limited the laches defense in copyright cases, the Court deferred to the congressional judgment as to the limitations on damages. It ruled that Congress allows a patent owner to pursue up to six years of back damages, and the courts should not cite laches to substitute their own judgment as to the effect timing of a lawsuit should have on damages.

Now patent owners may feel free to wait until infringing activity burgeons to the point where the potential economic harm justifies the expense of litigation. Nevertheless, for some patent owners, such as those competing in the marketplace with an infringer, there may be interest in moving quickly. Such a business may need an injunction to stop the irreparable harm caused by the infringing activity. Indeed, delay would suggest the absence of irreparable harm, thereby diminishing one’s prospects of persuading the court to impose the injunction.

For patent owners that don’t make or sell the technologies claimed in their patents, the elimination of the laches doctrine enhances the value of their patents. These patent owners have little need for an injunction. Their goal is to maximize the monetary return from their patents. Waiting for the infringing activity to expand becomes an attractive strategy. As the potential damages rise, the ability to attract investors and contingent-fee attorneys to support a patent litigation campaign increases.

Justice Breyer, the lone dissenter, worried that permitting delay in filing suit offers patent owners an unfair advantage. The patented features could become an integral part of a product line without the manufacturer having any knowledge of the patent. The manufacturer can become locked into its use even if it would have been a simple matter to design the product without infringing.

The “lock-in” problem can provide a steady stream of royalties or damages to a patent owner even for a patent that provides no technological advantage to the products. According to Justice Breyer, “a patentee has considerable incentive to delay suit until the costs of switching–and accordingly the settlement value of a claim—are high.” Patent owners can be expected to use to full advantage the new freedom to lie in wait before bringing suit, thereby elevating the hidden threat to manufacturers and merchants posed by the minefield of patents.

Even in the absence of laches, a patent owner who delays filing suit must nevertheless take precautions to avoid triggering the related doctrine of equitable estoppel. Estoppel arises when a patent owner affirmatively lulls a party into believing no lawsuit will be filed and the party relies on that understanding to continue or expand its business. For example, in the face of industry-wide infringement, a patent owner who fails to enforce the patent against anyone over time might lead businesses to reasonably believe the patent owner has abandoned its claims.

We have seen courts apply equitable estoppel to deprive patent owners of an infringement claim on account of prolonged failure to pull the litigation trigger in the face of knowledge of numerous infringing products on the market over a period of ten years. Estoppel is a defense left to the discretion of the court. Courts may become more willing to apply it now that the laches defense has been abolished.