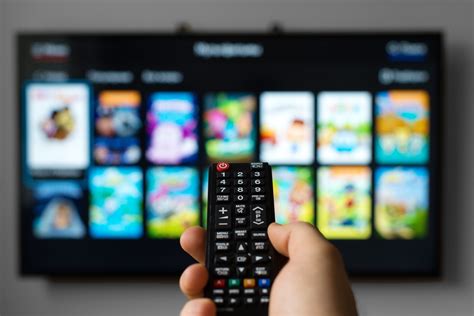 In earlier columns, I described my decision to move from cable TV to streaming TV from cable service. Now after using streaming for two years, much has changed and I’ve learned a lot more. While I’m glad that I made the move, I’m paying more, mostly because I’m accessing many more streaming services while watching less of network tv. My Spectrum cable service was costing about $200/mo. with Netflix an additional $10. My cost now for streaming and Internet service using the excellent Ting fiber is about $220, and would be even more without my sharing some passwords.

Still, I’m relieved to be done with my cable company, part of an industry that’s ranked among the worst for customer service. No more equipment rental fees, none of the clutter of extra hardware and wiring, no TiVo subscriptions, and no need for cable technicians coming to my home. Streaming simply requires a smart TV connected to WiFi, much like a computer. Everything is accessed through apps on the TV and cloud. If you want access to network TV channels, you’ll need an app such as YouTube TV, now $65/mo. up from $50 when I switched.

As new streaming services become available, you’ll likely need to subscribe to at least three or four to access much of the hit content. No longer does one service prevail as Netflix once did. I’m now subscribing to Netflix, Amazon Prime, Hulu, HBOMax, Apple TV+, aand YouTubeTV. Prices range from $5/month to $65/month. I’ve reduced some of the costs by sharing passwords with friends and relatives, splitting the costs of the services. But that’s not always possible; some services will only allow sharing wiith a user in a nearby zipcode, while others, such as Netflix, are trying to eliminate sharing all together. With Netflix’ unexpected loss of subscribers this past year, I’m hopeful there will be pressure to stabilize the monthly rates.

An unexpected benefit I got from streaming, is access to shows on my computer and phone while traveling. Works surprisingly well once you confirm that you’re on vacation.

Two years ago when a new series was introduced on a streaming channel, a full season of episodes – 6, 8, or even 20 – would usually appear all at once. That made is practical to sign up to the service for one month, binge watch, and then unsubscribe. But more series are now being relased one episode at a time, usually weekly, and that makes it less likely that you’ll subscribe for a short period, unless you don’t mind waiting untill all the episodes are available.

I’m currently watching several excellent series, WeCrashed on Apple TV+, Tokyo Vice on HBO, Dropout on Hulu, Servent of the People on Netflix, and a few more. I find I’m constantly checking for new episodes (except for Servant of the People, the original comedy starring Ukranian’s president Velenskyy, where all episodes are now avaialble). There is no service that I’m aware of that will notify you or queue up your programs across services as they become available.

Clearly streaming is the way of the future and we’re in the midst of its growth. Never before has there been such a wealth of great entertainment to enjoy. It’s just that to access it all you need to put up with a bit more confusion of finding your fare. But I’ll take that any day in place of dealing with my cable company.