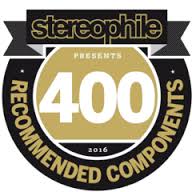 PonoPlayer: $399 $$$
Conceived by Neil Young, designed by Charles Hansen and Ayre Acoustics, and made possible by Kickstarter funding of $6.2 million—which is $6.2 million more than has been raised by anyone offering to create a digital player of no greater resolution than the Compact Disc—the Toblerone-shaped and unambiguously yellow PonoPlayer has an internal storage capacity of 64GB (bump-up-able to 128GB with the insertion of a microSD card); runs up to 8 hours on a single charge; supports sample rates and word lengths of 192kHz and 24 bits, respectively; incorporates separate 3.5mm output jacks for line out and headphones; and accepts all popular file formats (early pre-release reports suggested that Pono would create their own codec, but that has not come to pass). Files can be downloaded direct from PonoMusic or can be loaded using the company’s JRiver-developed desktop application. JA noted that “CD rips sounded excellent through the player,” but went on to say that “it was with hi-rez recordings that the PonoPlayer shone brightest.” Used as a portable, the Pono “[had] the edge in sound quality” over JA’s Astell&Kern AK100, sounding sweeter and warmer; and when he used the Pono to drive his big rig at home, JA said, “I didn’t feel I had missed much of the music.” The PonoPlayer also measured “very well,” irrespective of its affordable price. In a Follow-Up, JA wrote of his experiences using a $70 Surf Cables adapter that allows the PonoPlayer’s headphone output to be auditioned in balanced mode. His measurements uncovered a drop in the output signal’s noise floor when so configured, and JA reported being “impressed by the increased ‘drive’ of the balanced playback.” He concluded: “the word to describe the sound of this $399 player in balanced mode: transcendent.” Class A rating refers to the sound in balanced mode, otherwise high Class B applies. Writing about the pairing of his own PonoPlayer with a pair of ADAM Audio A3x active speakers, ML wrote: “We’re talking highly engaging music reproduction.” (Vol.38 Nos. 4, 6, 9, 12, Vol.39 No.4 WWW)
Read more at http://www.stereophile.com/content/recommended-components-fall-2016-edition-disc-players-transports-media-players#Q3BVKgHCJa45GEDr.99