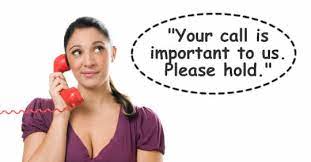 When we plan a vacation and make airline reservations, our expectations are that our airline will get us to where they agreed to take us at the time they committed for the cost we paid. In the occasional case of having difficulty in fulfilling their commitments, we would expect some help in making other arrangements. The old Southwest would always do this, but the Southwest I experienced this week was a very different airline that I never encountered in my 20 years of traveling with them.

My wife and I booked a trip from San Diego to Savannah, GA a few months ago for travel this week. It was a flight through Dallas with a connecting flight to Savannah. At 7 pm the evening before our early morning departure, we received a short text saying the flight to Dallas has been cancelled and to go online to see the alternative arrangements they made for us. And if we didn’t like it, give them a call.

When we checked, we discovered they didn’t offer to put us on a later flight or through one of their other hubs. They simply put us on the same flights a day later, assuming our plans were totally flexible.

Well, that was not acceptable, because we needed to arrive on the day we had planned. So we called their 800 number and got a message saying their call volume was heavy and the wait time would be about 70 minutes. That’s a long time, but we had no other choice. It was getting close to bedtime and we suddenly had no idea how we’d get to Savannah the next day.

While we waited on the call my wife looked at other routings on Southwest, one through Chicago and another through Baltimore. These were not alternative routes suggested by Southwest, but trips she pieced together. She was ready to offer some suggestions when the agent came on the line.

In the meantime I tried Southwest’s Chat feature, but it was a joke -only an automated bot service that couldn’t respond to my request to speak to a real person to resolve a cancellation. It kept telling me to use the 800 line.

In the meantime I looked at other airlines and found a flight on United through DC (Dulles), connecting to a short flight to Savannah, arriving a few hours after our original flight would have arrived. It was nearly full and more expensive than our Southwest flights, perhaps due to being so close to flight time. We continued to wait for an agent; it was now well past the 70 minutes they estimated.

Southwest had always answered the phone within a few minutes. Other than during Covid that was my experience over the two decades I used them as my primary airline. But now with operations returning to normal, why would they make their customers wait so long? I decided to reserve the United flights, knowing I could cancel if Southwest provided a better alternative.

……..More than another hour and half passed, still waiting.

Then two and a half hours (157 minutes) after placing the call, an agent finally answered and said there was nothing she could do other than sending us 24 hours later. We asked if they could try another airline and she said they don’t do that. How about these other routes we found? No, would cost us much more. Would they pay for a lost hotel night? No compensation of any kind.

By that time we were so frustrated with Southwest, we were happy to have found an alternative. She was not interested in helping solve the problem Southwest had created.

(According to the Dept of Transportation: Each airline has its own policies about what it will do for passengers whose flights have been cancelled.  If your flight is cancelled, ask the airline staff if they will pay for meals or a hotel room.  While some airlines offer these amenities to passengers, others do not provide any amenities to stranded passengers.)

We decided to take the United flights and asked the Southwest agent to be sure our return flights on Southwest would not be canceled. Surprisingly, that took her another 5 minutes to do.

Once we complete our flight home, we’ll avoid flying Southwest from now on. It’s one thing to have them cancel a flight, but it’s not acceptable not being able to reach an agent quickly when that happens. And my experience has been that most other airlines will find an alternative flight, even if it’s on another airline.

Southwest’s formula that I’ve bought into for 20 years was to offer low prices and superb customer service in exchange for no seat assignments, a sometimes chaotic boarding process, and fewer nonstops. But without the good customer service and no longer the low prices, we’re left with an airline that charges what others do but offers much worse service. Clearly the new Southwest is a completely different airline they once were.