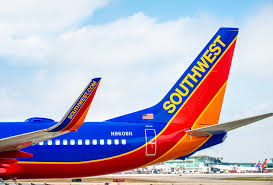 One of the primary benefits of flying Southwest is that the airline doesn’t charge cancellation fees when you want to change your reservations. Of course, you may pay more if you rebook due to the fares increasing as you get closer to the date of your flight.

With no cancellation fees, it was simple to make alternative bookings in case plans were not set, even though all airlines frown on double bookings. It was possible to reserve a second flight far in advance at a lower price and then cancel the reservation if you decided not to use it. Granted, this was in violation of the company’s rules – and in fact, of all airlines’ rules-  and many of us skirted around them because we could.

But now Southwest has begun tracking duplicate bookings and will automatically cancel your first reservation without notice, including all legs on a multi-leg booking. These changes have occurred apparently because Southwest has revamped their old reservation system that previously was unable to detect duplicate bookings. With our use of a frequent flier and trusted flier numbers it’s now become easier to track what we do.

I discovered this when I received an email telling me that my roundtrip flight between San Diego and Oakland was cancelled. I had also booked a return flight from Oakland to Las Vegas, as I was considering alternate plans, so had two flight booked on the same day at about the same time.

It’s hard to fault Southwest for enforcing their own rules, but it would be helpful to its customers to let them know they are doing so. In the future I’ll only book one way trips, even on a multiple legs of a trip, so an entire trip cannot be cancelled.

I spoke with a reservations agent after receiving the email, and she explained the new policy, and with some effort was able to reinstate my original reservation at the original price.