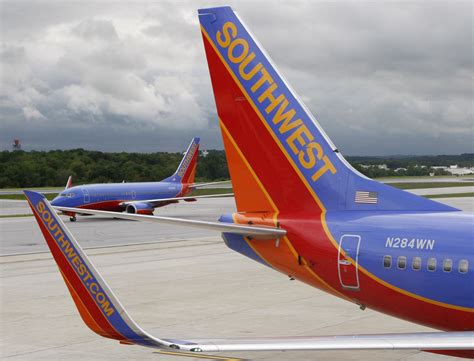 Business flyers are a funny sort. We’re intensly loyal to our favorite airline, hotel chain and rental car company, and we love to relate our experiences to other business travelers. As business people, we can recognize innovation, competency and how we’re being treated, and we expect some recognition in return. But, alas, that’s a fanciful wish, as airlines and the rest are constantly taking away benefits and eliminating any reason for us to be loyal. Case in point: Southwest Airlines.

For the past 25+ years my airline of choice has been Southwest. I was so loyal that I put up with plane changes when flying cross country when other airlines offered nonstops. Fares were among the best and flying Southwest was usually a positive experience with their friendly personnel. Yes, checking in online at just the right time and queuing up to board were a pain, but the other things made up for it.

Southwest never charged a change fee or onerous baggage fees, and it was always easy to reach them by phone. When you fly for business and a meeting gets cancelled, you can’t charge the change fee to a client, so change fees are a major consideration. United, my other airline of choice, never figured that out or simply didn’t care. Southwest also had one of the best reward systems, including a companion pass after earning 100,000 points in a year.

But over the past few years Southwest has changed. They no longer offer the lowest cost fares – often they’re the highest. They’ve significantly raised the requirements for their mileage awards, companion pass, and elite levels, and their on-time record has deteriorated. In other words, they’ve become much like all the other airlines.

Southwest’s founder, Herb Kelleher, always made a point of saying how they put their employees first and customers second. I recalled that comment a few days after the two successive crashes of the 737 MAX 8 planes, when their CEO assured us there was nothing to be concerned about, insisting they would continue to fly these new planes. How in the world could he have come to this conclusion so quickly, and what about putting employees and customers first?

Having returned to flying after Covid, it’s now become clear how different an airline they’ve become.

A few days after I booked a roundtrip flight to Las Vegas, I was informed by Southwest that my outgoing flight was changed from early morning to afternoon due to their schedule change. But that meant I would miss my event, so I deceided to drive, and canceled my entire trip. Instead of refunding the amount, they banked my funds for a future flight.

I tried calling and was told the wait time would be 118 minutes! I then emailed a request for a refund, which they ignored. I had to file a complaint with my credit card for them to finally respond and issue a refund.

We love to love our airlines, but when they do us wrong we have long memories. It’s sad to see Southwest becoming just another mediocre airline. Queuing up to board and checking in exactly 24 hours in advance no longer are quite so tolerable.