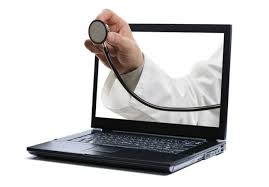 Some diseases have a small occurrence, and the expertise to treat that disease may not be in your local community or nearby city. While your local doctors tend to recommend specialists that they know, they may not always offer the best solutions.

That’s when you can use the Internet to reach beyond to help you find alternative options. Even though I live in San Diego, a community with great medical care and facilities, that’s what I did, and it made a huge difference. We’ve all heard of travel tourism, but I never expected to travel across the US for it.

The disease can go undetected for years, because its symptoms are often only a slightly higher calcium level or mild fatigue. But, it can result in serious health issues over time, afflicting about one out of a hundred. It can lead to osteoporosis, heart irregularities, and can cause kidney stones, which is how it was discovered in my instance.

Garry Shandling, who just died from a massive heart attack, had remarked that he had this same parathyroid disease that had gone undiagnosed until recently. While it’s not been determined to be the cause of his death, the disease can lead to heart failure.

My doctor sent me to an endocrinologist, who confirmed the disease through blood tests and sent me to a local surgeon for the operation.

But when the surgeon ran his tests and was unable to determine which of the four parathyroid glands needed to be removed, he suggested waiting six months until it might become clearer, as the disease progressed. He told me it’s not a common operation, something most surgeons perform a few times a year. It’s about a 3-hour procedure that requires a 6-inch incision in the neck.

I decided to go onto the Internet to try to learn more about the disease: the causes, risks, and prognosis. The website www.parathyroid.com came up at the top of my search. It was a fact-filled site with more than a dozen pages explaining everything about the disease.

The site was created by a medical clinic, the Norman Parathyroid Center in Tampa, FL, and claimed to be able to cure the disease using a much simpler procedure than the one my doctors recommended.

The site seemed too good to believe. There were graphs, statistics and claims of a 99% success rate. There was even a video of the operation and a photo gallery of dozens of the infected glands. It claimed that they do about 10-15 of these operations every day with patients coming from as far away as Japan and Israel.

They made it clear that the typical advice to wait until the specific diseased gland could be determined, the advice I had received, was simply wrong.

They would operate without knowing which gland was diseased, and would figure it out during the operation. They also said that 20% of the time, there could be more than one diseased gland, and they’d remove it as well, if needed.  And instead of a 3-hour operation with a 6-inch incision, their operation would take 15 to 20 minutes and require a one-inch incision.

How could this be? My local doctors never mentioned this option. If it’s so good, why didn’t they? Should I believe what I’m reading? My defenses began to shift into high gear. Yes, this site was informative, but it was advocating for their treatment so hard that it seemed almost like an infomercial.

When I searched for comments about Dr. Norman on the various discussion forums and medical sites, there were generally good reviews. Some had used him and were cured, while others, who never used him, complained about his charges for a diagnosis and the need to travel so far.

When I went back to my endocrinologist, he said he had heard about the clinic, but had no experience with it, but neither had he heard anything negative about it.

So my options came down to relying on my local doctors and living with the disease for another six months or more, or relying on the advice from the website. I studied the site for another couple of days, watched the video of the operation, and read more reviews of those that had the operation. I decided to do it.

I paid the $1750 fee to be analyzed, sent in my blood test results, and a few days later received a call from one of the doctors saying it was certain I had the disease and telling me to schedule an appointment.

A few weeks later my wife and I flew to Tampa and went to the clinic the next morning at 5 a.m. The clinic occupied an entire floor in one wing with a staff of five doctors, nurses, technicians, operating rooms, and labs. The waiting room was filled with others scheduled to be operated on the same day.

The two doctors who would be doing my operation explained what would happen and answered all my questions. I was given one test, received a light anesthesia, and had the short operation. In my case it lasted 19 minutes. About a half hour later when I awoke, the doctor gave me a photo of the diseased parathyroid, and told me I was completely cured and could leave. We walked out of the hospital at 11 a.m. and went out to lunch. It went exactly as described on the website.

What I learned is that when it comes to your own health, you need to take charge and do your own research. As good as our doctors may be, they’re not always aware of other options, beyond what they are familiar with in their own community.  And if it weren’t for the Internet and the website that led me to this amazing clinic, I might still be waiting to be operated on and, possibly, developing more serious symptoms.

Your doctor doesn’t have the time to research every disease and option; therefore, it’s up to you.