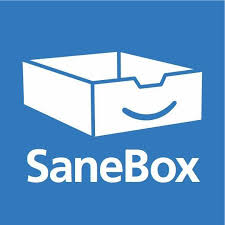 Technology has benefit us with time saving products but has also encumbered our lives with annoyances that interrupt us, scam us and have aggravated us to no end. Think of all of the robocalls and the cascade of unwanted emails that are smothering us daily. If there was an argument for our government and corporations failing us, immigration pales in comparison compared to their inability to fight these other issues that attack us billions of times each day. And they have no clue; the biggest joke is the FCC’s recommendation to sign up on the Do Not Call List.

While I still suffer from these issues, I have managed to fight them off and make them a little less intrusive. I want to share with you what I’ve done that has helped a little bit:

Instead I use a low cost product called SaneBox that among it’s many great features, lets me just drag mail from unwanted senders to a special email folder and I never hear from them again. Ever. Guaranteed. It’s much more effective than  normal spam folders. It’s simple and it works much easier than hitting unsubscribe which is often a multistep process.

I use SaneBox especially with legitimate businesses that I sign up for and then find that they send me emails every day, sometimes many times a day, apparently believing I have nothing better to do than read about their service or product in my every spare moment.

For spam calls I follow several rules.  I never pick up on an unknown or unidentified number, just let it go to voice mail. That’s especially true with numbers calling that are like your own. The new trick is to spoof numbers of your neighbors so you’ll more likely pick up. It’s gotten so bad I’ve been called by others asking why I called them, because the spammers have used my number as their caller ID.

I also use Nomorobo, a $2/month app that does a pretty good job of screening incoming calls on my iPhone, checking the calls against their ever growing list of bad callers (now up to 980,000). But even when they miss, I can take some satisfaction in reporting the caller and help others.

My home phones from Spectrum Cable also use Nomorerobo, provided for free, but you need to turn it on by going to their website. It catches about 80% of the calls. The bad calls ring once and then are terminated. I move to Spectrum’s internet phone plan after giving up on my AT&T land line that rang nonstop with spam callers.

But the real solution is for the cellular providers to figure out how to eliminate these calls and provide the filtering service for free, Some are charging as much as $4 per month, meaning they make money on continuing this epidemic. In fact, I’d like to see a law that penalizes the carriers for sending spam calls to our phones.  There’s no reason why technology can’t be used to solve these problems once and for all.