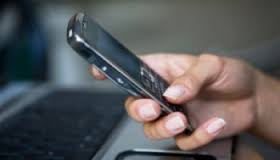 If your cellphone bill hasn’t gone down over the past few years, it’s time to reassess your plan and carrier. The plans have changed, carriers are willing to deal, and you might just save lots of money. When I changed plans on Verizon last year, my bill for a family plan with five phones dropped by $40 per month.  If you have just a single line, costs have fallen from about $80 to $50 over the past two years.

While the carriers rarely let you know when there are lower-priced plans, if you contact them they’re generally willing to analyze your usage and offer you new options. The fear of losing a customer can be very motivating. If your carrier is not willing to deal, it’s easier than ever to change carriers, and some will even pay off your old phone to encourage the switch.

Quality of the cell service has also improved.  While AT&T and Verizon had been better than the rest, now T-Mobile is nearly as good. (Sprint is still lagging, so I’ve not included them in the plan comparisons, nor have I included prepaid and regional carriers that sometimes offer lower rates, but have more limitations on call minutes and coverage.)

With most of today’s plans, voice and messaging are unlimited, meaning you pay a fixed amount, no matter how much you use. The carriers, instead, now charge for various levels of data, since more of us are now sending email, doing Internet browsing and streaming.

Data is where some of the carriers make things difficult. AT&T and Verizon force you to select a level of data you think you will use before you use it, and then penalize you if you exceed that amount. The result is that most people buy more data than they need to avoid the penalty- a sneaky trick to get you to pay more for something you don’t use. T-Mobile is the exception. There are no penalties when you go over, they just throttle down the speed until you buy more. While the slower speed is still usable for some things,

Carriers used to require us to buy separate data for each specific device. Now we buy one amount that can be spread over multiple devices, such as when you have more than one phone on a family plan or have both a tablet and phone.

And finally, two-year contracts are disappearing, because subsidies for phones that required contracts have all but disappeared. That makes it easier to leave one carrier for another. If you need a new phone, you now buy it outright or finance it and pay a monthly charge to the carrier or to Apple, typically $20-$30/month/phone.

So, how do you get started? The first step to lower your cost is to check out the current plans, and compare them to what you are paying. A good site is http://www.wirefly.com/content/phone-plans. Or just call your carrier and ask them what new plans are available.

When you call, ask them to recommend a plan that will lower your cost without sacrificing your service. Don’t try doing this at a phone store; do it by phone, where they have more options and work harder to please. My experience is that the stores often charge more and are less flexible.

Following are just a couple of examples of the plans available and an idea of what you can expect to pay:

One Line with basic data
The cost for a single phone line with data is:

Combining several people, such as family members, on one plan offers savings because the data costs drop. Let’s look at 4-lines on a family plan using a moderate amount of data, split among the four:

Depending on where you live, one service provider may be much better than another. So check with your neighbors to see what they use or the check your carrier’s coverage maps on their website. (If cellular coverage is poor, Verizon and T-Mobile allow calls to be made using your WiFi using some phone models, including current iPhones.)

If you happen to travel out of the U.S., T-Mobile is alone among the carriers to give you free data plus 20-cent calls from much of the rest of the world, while the others charge $2-$3 per minute and onerous fees for data.

If you find that a different carrier has a much better plan for you, your current phone may work on the new carrier, but not always. In general, AT&T and T-Mobile phones are combatable on each others networks, and some newer phones, including the iPhone 6 and newer models will work on all networks. To move a phone to another network the phone needs to be unlocked (a free process provided by your carrier at your request), and a new SIM card added.