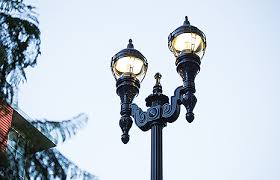 SAN DIEGO – February 22, 2017–“America’s Finest City” is also becoming the its smartest. In partnership with Current, powered by GE (NYSE: GE), the City of San Diego today announced a $30 million investment to deploy the world’s largest smart city IoT sensor platform. Transforming its street lighting into a connected digital infrastructure, San Diego will collect real-time sensor data across the city that can be used to develop applications that benefit the community. From directing drivers to open parking spaces to helping first responders during an emergency, the open data platform offers limitless opportunities to increase safety, optimize municipal systems and create real-time environmental awareness.

“Fostering innovation and improving infrastructure are important to enhancing the lives of all San Diegans,” San Diego Mayor Kevin Faulconer said. “This new technology will give the City and developers the opportunity to make our neighborhoods safer and smarter.”

Current, which specializes in creating intelligent environments for commercial buildings and industrial facilities, has been working to extend similar digital capabilities across cities via their lighting infrastructure. The company’s CityIQ sensor nodes will be installed on 3,200 of San Diego’s street light poles as the city upgrades 14,000 light fixtures to Current’s Evolve* LED luminaires.

“Repurposing San Diego’s lighting infrastructure in a way that allows the community to put their hands on the heartbeat and nervous system of the city is our way of building a smart city app store,” said David Graham, San Diego Chief Deputy Officer. “We completed a pilot of the solution in August 2016, which showed us a glimpse of the technology’s potential, and we’re proud to announce San Diego’s commitment as the largest digital installation of its kind anywhere in the world.”

Graham said the initial 3,200 intelligent nodes across the city are just the first step, with potential to expand to another 3,000 sensor points later this year.

“We’re honored to be part of this historic transformation,” said Maryrose Sylvester, President & CEO of Current, powered by GE. “We have a proud history of helping San Diego proactively save energy through efficient lighting, and now we’re expanding that same infrastructure beyond energy into a new realm of intelligence.”

In addition to the intelligent sensor installation, approximately 25 percent of San Diego’s outdoor lights will be upgraded as part of the solution. Current will install 14,000 new LED fixtures across the city, which is expected to save San Diego an estimated $2.4 million per year in energy costs. Each fixture comes equipped with an advanced controls system called LightGrid* which allows city managers to dim, brighten and check maintenance on the lights remotely through a single dashboard.

Current is working with AT&T, Intel, ShotSpotter, CivicSmart and Proximetry to deploy the intelligent network across the city. AT&T is the wireless data carrier for the project. All the sensors used will be powered by the AT&T LTE network, providing the secure, reliable connectivity that cities need to become smarter, safer and more sustainable. And Intel silicon and IoT technology will sit inside the intelligent nodes to help extract metadata. The Intel Atom® processor E3900 and Wind River software will enable the powerful underlying platform to run intelligent analytics within the light fixture and extract meta data. In addition, several companies are collaborating on new apps to improve life throughout the city. ShotSpotter technology can detect the location of gunshots in real-time, CivicSmart leverages data to enhance on-street parking availability, and Proximetry, a San Diego-based company, helps manage device applications throughout the network.

“We’re making the future a reality in San Diego,” Graham said. “Our city is home to an incredible group of leaders, thinkers and innovators who can be proud of the strides we are making toward tomorrow.”

Installation of the intelligent sensor platform and new LED fixtures is expected to begin in July.