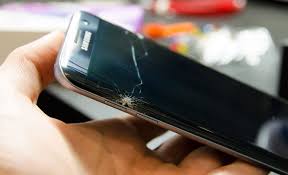 Assurant, the company behind the S8 warranty stalls, deceives, and takes your money

Abe Mauricio is a communications professional that’s worked for the State of Florida. He bought a Samsung S8 Galaxy phone, which led to an amazing story about its fragility and Samsung’s insurance policy. With his permission, I’m reprinting his letter to me with some light editing.

The Samsung Galaxy S8 and S8+ are the most delicate phones ever tested by SquareTrade, the extended service warranty company out of California (http://bgr.com/2017/04/24/galaxy-s8-drop-test-video-squaretrade/). The “Infinity Display,” as Samsung terms the low-bezel display, is “a screen without limits, except one: sidewalks” according to SquareTrade. But there’s some bad news for the owners of Samsung’s new flagship: the insurance claim process is under serious water.

They’re simply not prepared for the high rates of claims. Many Galaxy owners were induced to cover their devices through Samsung Premium Care, which the technology giant marketed as a premier protection plan for the phone with the first month free. Owners who file a claim with Premium Care will quickly find themselves dealing not with Samsung but with a third-party insurance company. Samsung doesn’t run the insurance plan, but contracted it out to consumer electronic insurer Assurant- so it is Assurant-Care.

Whatever it’s called the plan has been dreadful for consumers. The average hold-time when calling Assurant ranges from 30 minutes to an hour and most customers have to call multiple times in regard to their claim. When an agent does answer the call, they collect the $100 deductible up-front over the phone the same day the claim is filed; but for many owners of cracked S8’s that’s the last they hear from Assurant for weeks.

The company claims to overnight phones but the small print reads they ship “pending availability.” So, what happens when there aren’t any phones available? Customers are forced to wait. This is even though under the provisions of Samsung Premium Care customers are informed that if no phones are available Samsung can pay out the value of the phone to the consumer.

The question becomes what the definition of “available” -is? Assurant representatives claim that the phone is “available,” because it is currently offered on the market; even though they don’t have any in stock themselves- making it unavailable to their customers. But the fact that it is on the market doesn’t help consumers.

Under the provisions of Premium Care customers agree that the replacement for the device under contract may be from refurbished stock, but if unavailable customers may get new devices.  In practice, Assurant representatives are not actually empowered to purchase new phones. Consumers filing a claim are told that there is no way of knowing whether they will get a new phone or a refurbished phone, it all depends on “what’s in stock.” Assurant doesn’t know when they will get any “in stock” and there is no timeline in the insurance agreement that specifies how long Assurant has to satisfy the claim. Consumers could be waiting forever- and many have been waiting- for months.

It is hard to avoid seeing what’s actually going on

Assurant makes money off the warranty contract with Samsung, and the $100 deductible they charge consumers at the time the claim is filed. Just like any insurance company, they lose money on claims; but Assurant cuts this cost by relying on cheaper refurbished phones to satisfy those claims. So far that’s reasonable, and consumers agree to use those refurbished phones when they sign their insurance agreements.

The trouble is purchasing new phones for consumers or paying out the value of the phone are supposed to be the next options available for consumers when a refurbished phone is not available, but Assurant is simply ducking those responsibilities. Without leveraging those options, Assurant has simply decided to stick Samsung’s customers out in the cold.

In the meantime, Assurant employees have resorting to stalling tactics. They have deliberately sent out incorrect phones to consumers who are then forced to call Assurant (and wait on hold) only to be advised that they must return the incorrect phone and then wait for the phone to appear “in transit” from FedEx before an Assurant employee can authorize a new phone to be sent out.

The consumer must then call back (and wait on hold) to advise Assurant when FedEx has notified them it is in transit. These tactics buy some time but they don’t address the root problem: This is the most delicate phone on the market and claims are through the roof. Assurant needs to start satisfying these claims with new purchases or cash-out’s as stated in the provisions of Samsung Premium Care or consumers should start organizing a class action lawsuit.

So I’ve had a few calls from Assurant Corporate, a Mrs. Claire Carbajal. She basically refused to answer any questions in regards to Assurant’s policies and procedures or in regards to their back-log of S8/S*+s. They did go ahead and expedite getting me my THIRD replacement phone and promised it would be correct this time. She also denied that the warehouse is shipping incorrect phones on purpose, but then she refused to discuss Assurant’s policy and procedures in regards to the training of their warehouse staff.