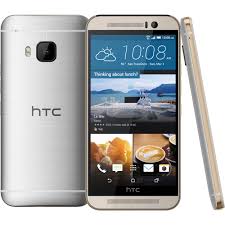 You may think that an unlocked phone will let you easily change carriers, but it’s not so simple. In fact, there are far fewer phones that work on multiple networks than there should be. The only phones I know that works on all 4 networks are Apple’s unlocked models only available from Apple. But even that comes with some issues. I bought an iPhone 6 a few years ago from Apple and put in my Verizon SIM card. While I was able to make calls,  I constantly had to explain to Verizon whenever I called that I did have a compatible phone. Apparently Verizon will allow the phone to work, but it wasn’t as identified as an iPhone on my account, instead it’s noted as an “unknown” phone. Each time I had to explain what I was using. But it was worth it, because i eventually changed to T-Mobile and was able to use the same phone.

But that story pales in significance to the story my friend Joe Brancatelli related to me this week. He did what many do, looked for a phone on-line because his carrier, T-Mobile, had nothing of interest to him in an Android model at a reasonable price, just the very expensive models from Samsung and LG. He discovered what others are learning, you can get a new phone that’s last years model on the year before from HTC or other brands for less that half the price of a current model.

He settled on a new HTC M9 and bought it from a company on eBay. It was labeled as T-Mobile compatible. But he couldn’t get it to work on T-Mobile’s network. He might have been able to figure it out by looking at a model number (that goes beyond the M9 designation), but there was none. Apparently there are many different M9 models, but there’s no way to tell the difference.

The seller took it back, but it raises the question why the phone makers don’t make phones that work on multiple networks. Each network uses a set of frequencies or bands, and there are generally some overlap between AT&T and T-Moble bands, and Sprint and Verizon bands. It’s not very expensive to put all the bands in a single model as Apple does or even split among two models. In fact it’s likely to be less expensive to do so because it simplifies the inventory and manufacturing.

I suspect that the networks are forcing the phone makers to give them a unique model to make it e impossible for us to switch networks. The carriers are calling the shots and the phone companies are going along.

We are being preyed upon by retailers that obscure information and find ways to restrict our choice. Instead of earning our loyalty through good service, they find more devious ways to keep us,

It reminds me of the computer printer companies, HP and Epson,  not including a printer cable that costs $2 with the printer. That’s because Best Buy, Staples and other retailers insisted that they leave out the cable so they could sell it separately for $20 or $25.

This  link will take you to a site, PhoneArena, that lists the various frequency bands for each company.

Here’s the T-Mobile page with its bands: LINK

AT&T doesn’t have an equally informative page, but here’s a link to an AT&T discussion board that shows its bands: LINK