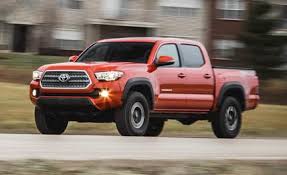 I’ve covered Toyota’s unintended acceleration for several years and have always believed that it is a real problem that has been swept under the rug by Toyota and our government’s NHTSA. In fact, insider communications uncovered by a whistleblower, Betsy Benjaminson, verified much of this. It clearly showed a coverup, and that the cause was neither a sticky accelerator pedal or a moving floor mat. One of the most  incessant critics against the coverup has been Sean Kane of Safety Research & Strategies in MA. See his new story below:

Earlier this month, Rich Grandy of Crystal Beach, Florida was easing his 2005 Toyota Tacoma into a parking space in front of his local 7-Eleven, when it took off, hit the front doors of the convenience store and shattered the adjacent picture window. The only thing that kept the Tacoma from advancing further into the convenience store was the low wall that framed the window and Grandy’s foot clamped on the brake. As his vehicle attempted to labor forward, Grandy shut off the ignition, and the event stopped.

Grandy loved his Tacoma – he bought it used in May 2013 after much research, and with full knowledge of Toyota’s unintended acceleration problems.

“I’ve read the newspaper my whole life. I probably knew more than the average person about Toyota, and I was familiar with the [fatal Saylor crash] in California,” says Grandy, a retired general contractor. “I thought there was probably a problem, but I also thought they were a big corporation dodging a bullet. I figured that it was such an isolated problem, it probably would not happen to me.”

But it did. Twice. In late March 2014, Grandy was making a slow right into a head-to-head parking space, and was braking to a stop, when the Tacoma accelerated forward and over a Honda sedan, which became wedged under this truck. In both cases, the UA occurred after the same sequence of events: Grandy had taken his foot off of the accelerator, and was coasting with his foot resting on the brake. When he actually engaged the brake to bring the vehicle to a full stop, it surged forward.

Read the full story at The Safety Record Blog.