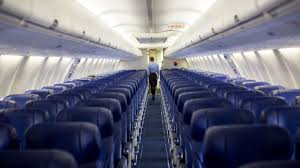 As a business traveler for over fifty years, I’ve been on dozens of airlines flying to scores of countries. Most of it was for business travel to Japan, Hong Kong, Taiwan, Korea and China. But a fair amount of it was for pleasure, visiting family and going on vacations to Hawaii, Europe and elsewhere.  In 2019, before the pandemic struck, I took three international trips to Portugal, New Zealand and Taiwan.

Then Covid-19 hit, and for the past year I’ve not gone near a plane or an airport. It was a sudden cessation of what was routine for half a century.  And to my surprise, I haven’t missed it at all. Of the things I have missed, flying is the least of them. I’ve missed dining out, going to a super market, shopping at Costco, picking out my own meat at a butcher, and of course meeting with friends and relatives. But getting on a plane? Not in the least.

And now that we’ve been vaccinated and can fly again, I still have no desire to fly. This past year has caused us to slow down and think about we used to take for granted. While there hasn’t been a need for traveling, it goes beyond that. One of the few benefits of the pandemic is not doing some things. When I think of flying now I think of the complexity, the annoyances, and the uncertainties.   Too often I was stopped at security to inspect coffee beans in my suitcase. Too often I was pulled aside for one of the random inspections. Once inside the terminal we had to eat food we brought (no liquids, of course) or eat mediocre, overpriced airport grub. Then, once the trip was over, there was the aggravation of being sure you were credited with the correct miles, and seeing how close you were to an award travel or your next elite level, while that the value of your miles were deteriorating faster than you could use them.

No, I don’t miss any of that. Over the years flying became a pile-on of more inconveniences, one by one, to where it now has reached a point of considering alternatives. It’s the result of both the government security rules and the airlines piling on their extra fees, conditions, restrictions, and the many new ways to squeeze more fees from us, always with little concern for treating us with respect.

And then you realize that for many trips flying doesn’t save you all that much time.  A few weeks ago we took our first trip – 500 miles from San Diego to the San Francisco Bay Area. Even thought it’s typically just a one and a quarter hour flight, we chose to drive. We realized that flying no longer has the attraction to us that it once had. The one and a quarter hour flight time turns in to five, once you include the time to drive to the airport, park, wait for and take a shuttle, go through security, wait for your flight, and finally getting to your final destination.

In fact, my wife and I found the trip by car to be much preferable to flying. We had more quality time together, weren’t limited by the size of our suitcases, and there was no restrictions on the extras we could take along, including liquids, and even a pocket knife and nail clippers!  We’re even thinking of taking a much longer road trip in a few months.

I’m the most surprised in no longer having a desire to get on a plane. That will change over time, especially when there’s a trip to Europe or Hawaii, but I don’t think that urge or excitement of flying will ever be what it once was.