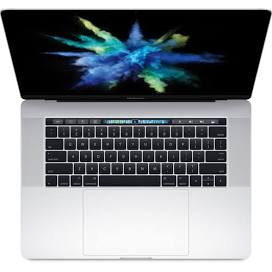 I spent nearly two hours at two Apple stores this week. My 3-yr old 12″ MacBook had a catastrophic failure and needed a repair, as it wouldn’t boot up. I pulled out of storage my older 2012 MacBookPro to use as a backup, and discovered that also had a problem – it wouldn’t take a charge due to batteries that had swollen so much that the bottom of the case was bowed.

I was tempted to just upgrade to a new MacBook, so when I went to the store I carefully examined all the new offerings, including the new MacBook Air, a long overdue update to the popular four year old model.

But all of the new MacBooks had the same terrible keyboard that my 12″ MacBook has. It’s a new design, apparently to make the MacBoos a little thinner. But, the problem is that the keys have very little travel, so little it that it is painful for extensive typing.  I’ve tolerated it because my 12″ MacBook was very thin and light, making it great for travel. It weighs just two pounds. Still, I’ve hated the keyboard, and it’s failed twice in three years, requiring replacements under warranty. This is the keyboard Apple has been criticized for because a speck of dust is enough to disable a key. Apple has now added a clear barrier under the keys to reduce damage, but the design has not changed. It still is terrible, and is likely the result of Apple’s obsession with thinness that’s caused numerous problems across their product lines.

Because of their keyboards, it was just hard to get excited about the new MacBooks. So, I decided to have both computers repaired. The Pro repair cost only $199 for a new battery as well as a new display that had some cosmetic damage. The 12″ MacBook needed a new logic board and was more expensive to repair, $575.

Now that I have both of the MacBooks back, I’ll use the 12″ model for traveling, and use  the old Pro as my main machine. I had forgotten how good the Pro is once I tried it out after the repair. Yes, this 5 yr old machine is better than Apple’s latest models. While it’s a tad heavier and a little thicker, it has a terrific keyboard. It also has plenty of ports that all the new MacBooks lack. It has a headphone jack, memory card slot, USB connectors and more. That compares to the new models with only a couple of USB-C ports. And it has the Maglock connector, one of the Apple’s clever innovations that keeps the power cord connected, yet breaks away if needed.

What became so evident is that Apple’s MacBooks today are considerably inferior to those they sold five years ago. For a company recognized for their innovations, it’s a shame how far they’ve let their notebook line slip. Buying a new MacBook would actually be a step backward.