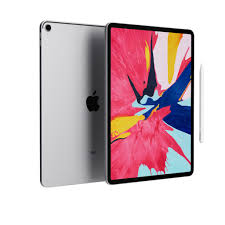 Apple’s new 12.9-inch iPad, positioned as a replacement for computers, fails to deliver on that promise. In spite of the big rollout and promises by Apple CEO Tim Cook. Early reviews say that it misses that mark by a lot.

A fully equipped iPad  Pro with a 12.9-inch display, a keyboard, pencil and adequate memory, costs more than $2000!  This can be a big problem for Apple. Apple’s new strategy is to charge more for many of its products as sales volumes fail to grow at previous levels. And the new 12.9-inch iPad is no exception.

Normally when volume falls, prices are lowered. But Apple is defying this law and raising prices to generate more profit on each sale. That might work when they deliver something new and special, but for now, the iPad fails in its biggest promise.

One of the big issues in using iPads as replacments has always been saving what you create. Without a file system, your choice is to save it in the particular app you’re using, or offline to the cloud. The result is a mess when you try to open up different files and work between them, once you find them. So you’d think with its new USB-C connector, Apple would let you plug in a hard drive or memory drive. But the operating system won’t allow that.

The second issue is writing a long document. Without a trackpad, you’re left to cut and past using your finger or the optional pencil on the touch screen. That’s not very easy to do and significantly slows down the writing and editing process.

And the 3rd issue is that most apps designed to run on the iPad are variations of similar apps designed for the iPhone. Few have the depth and richness of computer apps. On an iPad many sites you go to force you to use the app and you can’t access the much more useful website. Until Apple fixes these issues the iPad will remain a glorified iPhone.

So Apple can brag about a faster processor and a sharper display, but without major upgrades to the iPad’s operating system it remains best for surfing the Web,  email, reading and watching videos. It has a long way to go before being taken seriously as a computer replacement for those that do serious work on their computer.

So, if you’re tempted by the promise that iPads are substitutes for computers, think again. Apple’s latest promises fail to deliver. It’s a big fail for Tim Cook who thought he could convince us that the iPad is now a notebook replacement. Either he can’t tell the difference or is being fooled. In either case it shows he’s not a real product guy.