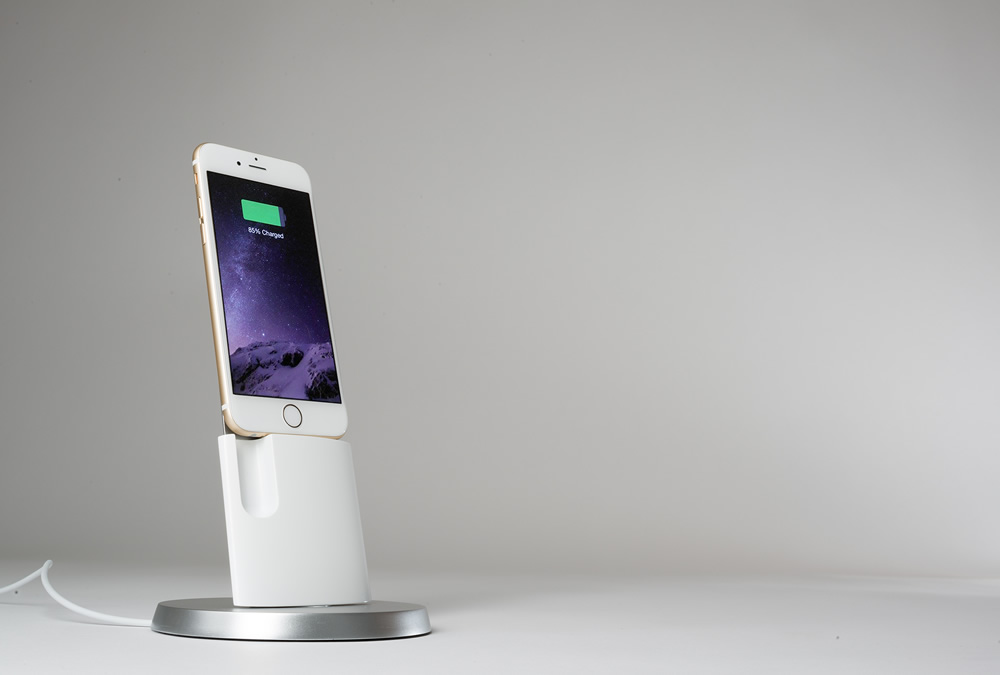 The IONA dock from LandingZone is a premium charging dock for the iPhone and iPad. IONA was designed by the renowned industrial designer, Mike Nuttall, and it shows. It’s a sleek attractive dock, one of the best I’ve ever tried. It’s constructed of aluminum and glossy white plastic with a heavily weighted swivel base. It works with the new iPhone 6S and 6S + just released by Apple as well as iPhones 6 and 5, and also works with iPhones in a variety of cases.