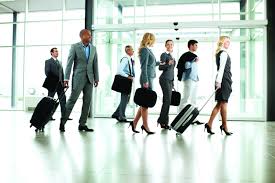 When I moved from Massachusetts to Silicon Valley in the early eighties to take a new job developing tech products for Atari, I faced a culture shock. I was moving from an area that was steeped in tradition in how products were developed and manufactured to a region where tradition was thrown out the window. In Massachusetts experts would tell you why something couldn’t be done, while in California there were few experts, many didn’t know that things couldn’t be done, often tried to do them, and sometimes succeeded.

But I also found a much more diverse work force. Many of the companies were like miniature United Nations where employees came from all around the world. Even though Boston is a worldly city with a diverse population, it was nothing like Silicon Valley, the 50-mile peninsula running from San Francisco to San Jose. And being thrown into projects, no one cared where others were from; it only mattered how good they were in the job they were doing. And you know what? This is one reason why Silicon Valley has been as successful as it is. It’s become a magnet for the best and the brightest from around the world.

Over the past 20 years I traveled 4 to 6 times a year to China, Hong Kong, and Taiwan. We reached out to resources all over the world to help us build products, and do it faster than it was possible to do in the US. As an employee of an American company we were welcomed everywhere. I traveled with these diverse team members, worked side by side with them, and built products together.

With so many business trips to so many places, coupled with vacation travels to Europe and elsewhere, it was inevitable I’d meet people from all over the world and learn so much about other cultures. Not only in workplaces, but on the planes, the airline lounges, and in restaurants. When you travel the world you gain a much better perspective of the world and people, and you become much more enlightened. You learn about others, their countries and families.

So it is with horror and embarrassment that I find our new president is imposing a travel ban based on being a Muslim or being from a specific country in which Muslims are a vast majority. It’s contrary to what America is and has been, at least in my world of high technology and travel.

And it’s being imposed by ignorant, prejudiced, reactionary politicians and appointees that are following polices that appeal to people’s worst instincts, not to address any real issues or problems that have occurred. We as travelers are going bear a huge cost and embarrassment,

Embarrassed because we have to explain how our country could be so short-sighted and ignorant. And, relatively minor in comparison, but we’ll face more inconveniences. Airlines will need to shuffle their crews to insure employees of certain nationalities do not fly to the U.S. Travelers will need to be screened based, not on their own character, but on where they were born.  And you can be sure many of these countries and their allies will turn right around and impose travel restrictions on us.

And the tech industry will suffer more than many business sectors in the U.S. with the impact on its employees from these countries and around the world that suddenly become less mobile.

I’m afraid that this is only the beginning. And if my hunch is right one of the most vociferous groups to speak out will be the tech community. Not only are so many of them affected because they are immigrants, but they can see through the convoluted logic of this administration, because tech people deal with facts more than emotions. And the facts cannot justify what’s been done.

Coincidently to writing this post I received an email from one of my business friends from Japan asking me to try to explain Trump. You can read it here.