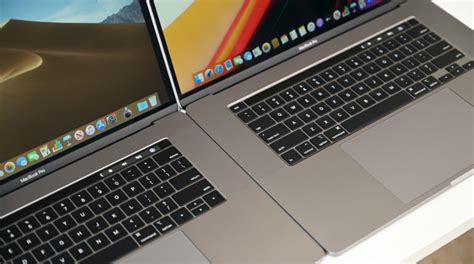 I’ve been using Apple’s new 14-inch MacBook Pro for the past two weeks, and it’s the best notebook Apple has ever produced. After five years of notebooks that were mediocre at best, the new 2021 Pro is measurably better in every way. Out of the box, it turns on instantly, it’s incredibly fast, it has the best notebook display ever, has double the battery life, and has all the necessary ports, eliminating the need for dongles. But it’s expensive, starting at $2000 for the entry model that I bought. Fortunately that entry level model is well-equipped and is a good choice for most users.

A product’s design is the reflection of who on the product team or in the executive suite wielded the greatest influence in defining and designing that product. The final product is a direct reflection of that influence. Comparing the old and new MacBook Pro, tells a lot about what transpired behind the scenes at Apple, confirmed by some former employees that chose to remain anonymous.

Five years ago, Apple’s products were highly influenced by its industrial design group under the leadership of Jony Ive. Ive was the Apple executive elevated to oversee new products after Job’s passing, and set about to redefine the MacBook Pro. The Pro was Apple’s high-end notebook line, revered by photographers, artists, and designers, as well as business users, for its power, versatility, and features. It was the workhorse notebook and differentiated from the thin and lightweight MacBook Air.

But Ive and his team decided that the new Pro should become a much thinner, more minimalist, and more like the MacBook Air, much akin to their efforts in making the iPhone thinner. They were on a mission, more of a compulsion, to make every product thin and then thinner. The new Pros in 2016 were stripped of most of its ports and replaced with the new USB-C port that could handle many functions. If you needed another type of port, Apple offered a choice of dozen costly dongles.

The batteries were thinner and glued into the housing, buried behind other parts. Batteries couldn’t be replaced by themselves. A new keyboard was designed with thinner keys at the expense of reliability. When either the keyboard or batteries failed, the entire bottom half of the computer needed to be replaced.

We now know how big a mistake that was. We’ve had five years of mediocre MacBook with keyboards that were so bad that Apple extended their warranty to five years. I owned three different models over this period and replaced the keyboard five times. iFixit, the excellent website that analyzes products by tearing them down, rated repairability on the Pro a 1 out of 10.

The 2021 models wipe away the five years of mistakes in one fell swoop, addressing every deficiency with new and improved solutions. The new Pro is fast, thanks to its all new Apple-designed M1 Pro processor that provides power with efficiency. Everything happens quicker. It’s quiet- the fan rarely turns on.

The new display is 14 inches, compared to 13 and has twice the brightness and uses a new LCD technology that increases contrast. It’s gorgeous. The display is nearly all screen with a very thin bezel. A camera is inset at the top center in a little notch that intrudes into the display and offers twice the resolution of most notebook cameras, but lower than an iPhone camera.

Gone is the touch bar, a long thin touch display that replaced the row of function keys. It was an interesting concept that never caught on, had little support, and caused its own problems, such as inadvertently bringing up the Siri menu when your finger glanced over the touch bar on the way to the Delete key.

The MacBook Pro was a snap to set up and replicate the contents on my 2017 MacBook Pro. You simple use built in migration software to connect the two over WiFi. Two hours later, all my programs and files were copied over, and the two computers’ contents become identical. Most of the passwords were also transferred intact.

The new MacBook Pro line consists of a 14-inch and 16-inch model, each available with an M1 Pro or M1 Max processor. Memory is 16GB and a 512GB solid state drive. An optional 96W power adapter provides quicker charging than the supplied 67 watt. These new processors are so good, that the Pro version should suffice for nearly all users.

What this six-year saga shows is how even a company such as Apple can badly stumble because of the influence of one person. Jony Ive left Apple in 2019. He leaves behind some amazing accomplishments, including working with Steve Jobs to develop the iPhone, the colorful iMacs, and the Apple Watch. But he will also be remembered for one of Apple’s biggest screwups in its history.