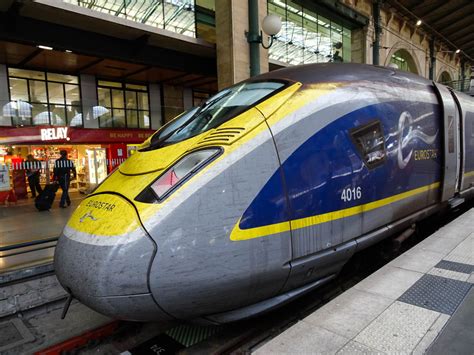 Our first international trip after a two and a half year hiatus was to Paris via a British Airways nonstop flight between San Diego and London. My wife and I then took the high speed Eurostar Chunnel train to Paris. Traveling on the Eurostar was a great way to avoid flight connections at Heathrow’s infamous Terminal 5 and spend overnight in London. The trip was also a chance to use the new technology that’s been rolled out over the past two years to deal with health checks and travel services.

I found that more and more of our travel needs are being automated using phone apps – from buying and storing tickets to getting seat assignments and creating the documentation to deal with the ever-changing Covid requirements. And there are few alternatives to avoid this, with long hold times for customer service, if the service even exists.

I have much sympathy for those that are not tech proficient or still use their flip phone. While we have workarounds for the physically handicapped, there are few workarounds for those not able to navigate a smart phone from their home or hotel to do such tasks as attaching files, searching for verification emails, and filling out long forms. It’s much the same with many of the automated kiosks used by immigration in both the UK and the US – hard to use and not necessarily a benefit to the traveler- just a way to reduce personnel costs.

At Paris’ Gare du Nord train station, where the Eurostar terminates, a bank of automated kiosks is supposed to automatically check our passport and take face and handprint scans. But we found passengers baffled by its complexity, causing a backup of hundreds of passengers. We’re used to the elegant user interfaces from Apple and Google, but instead we get confusing interfaces on these machines from the same institutions that design government forms.

And when I used a Global Entry terminal in San Diego, it spit out a receipt for a different person. I handed it to an agent as I explained that was not me, and he said no worries, that’s a common problem. So much for technology making life easier.

Our BA flights were on time. and we experienced decent service at both ends. Accomodations in business class on the Airbus 350 were private and comfortable with three screens, power and USB charging ports, and a lie-flat bed. A WiFi connection was available for the entire flight, but I chose to skip it due to the high charges. ($17 for 4 hours/$40 for the full flight). Besides, we’re trying to get away from the news, not keep up with it. One big negative flying British Airways is that their charges ($125 and up) for seat selection in advance of the 24-hour check in time, even when flying business. We declined and were assigned two seats together, closest to the restrooms.

The Eurostar Chunnel train is a 2-hour high-speed train between London’s beautiul St. Pancras station to Paris’s congested Gare du Nord station. Both are about a $30 cab ride from city center. On our return trip we experienced a 90 minute delay shortly after departing due to weather. There were thunderstorms that required us to shunt onto another track and wait. We received an email a few days later apologizing and offering a credit towards our next trip.

Train accomodations were very comfortable in our “Standard Premier” class. Anouncements were in French and English – the order of the language was dependent on whether we were in UK or France when they were made. UK plugs and USB ports were located at every seat. There was free WiFi and a light meal served.

Uber was a disaster in Paris

Uber has promoted it’s availability in many cities, but I found it to be a total mess in Paris. When I opened the app it always showed cars moving around the map – ostensibly waiting to be called. But I’m convinced they’re “Uber bots,” because most of them disappear after requesting a ride. My requests for rides were rarely fulfilled after being led along for five or ten minutes, during which the app searches for a driver, confirms a driver and car, and provides an expected arrival time. Nearly every time the rides were cancelled, the arrival times increased substantially, or the app simply asked me to make a new request. There’s nothing more frustrating than being loyal to Uber, allowing taxis to pass by after being confirmed, and then having Uber cancel, and struggling to find a taxi. That confirmed ride that self-cancelled showed a cost twice that of the taxi I hailed.

Joe Brancantelli of JoeSentMe.com recommended G7, a similar service that uses Paris taxis, and that worked much better. I used their online help once to ask a question and they actually called me back in two minutes with an answer. G7 allows payment on a credit card just like Uber.

There was no Covid testing or vaccine requirement flying into the UK. We were required to show proof of vaccination only once during the trip, just before getting on the Eurostar in London on our way to Paris. Before flying back home we were required to take an audited Covid test within a day of departure. We used the Abbot eMed antigen tests we brought with us ($35). You go onto their website using your phone where an agent will guide you through opening your test kit and taking the test. A 15-minute timer begins and an agent comes back on the phone when the timer gets to zero to view the test results. You then receive an email a few minutes later with a certificate. BA required us to upload the results using another app, Verifly, which requires setting up a new account with flight information.

CDC’s current requirement of a negative test result before flying to the US is contraversial, especially since they eliminated the requirement to wear masks on planes. It adds a level of anxiety to the trip because if you don’t pass, you’re not allowed to board your flight back and need to isolate for about five days until you test negative. It makes no sense now that Covid is so widespread and more easily treatable, and tarnishes CDC’s credibility.