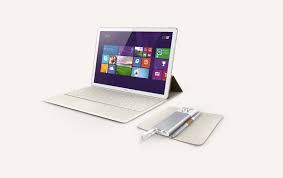 Huawei Device USA announced that its Huawei MateBook, a lower cost version of Microsoft’s Surface, will be available for purchase July 11 in the United States and Canada. Pre-order of Huawei’s first 2-in-1 PC begins today through Microsoft Stores and microsoftstore.com. Additionally, MateBook will be available from Amazon.com and Newegg.com starting mid-July.

The Huawei MateBook is designed to meet the evolving needs of today’s modern business users, and is a mobile productivity tool that seamlessly integrates portability, high efficiency, work and entertainment. It will be available in multiple configurations and two colors: gray and gold.

Starting at $699, MateBook is an ultra-thin, stylish computer. Designed as a total solution for consumers who enjoy the flexibility of a convertible device and the power of a PC, MateBook is the work companion that perfectly balances mobility, productivity and design.

MateBook runs on Windows 10 and is powered by a 6th Generation Intel® Core™ m-series processor. Its metal unibody weighs in at just 640 grams and is 6.9 mm thin. MateBook features an immersive 12-inch touchscreen with a 2160 x 1440 resolution and 160-degree viewing angles. The high-density lithium-ion battery is quickly charged via USB Type-C to provide enough power for up to nine hours of work. MateBook also features an ultra-fast fingerprint sensor, taking only one touch to unlock the screen through Windows Hello.

To make the most of MateBook’s mobile productivity features, Huawei offers smart and stylish accessories that transform MateBook into the workspace of the future: